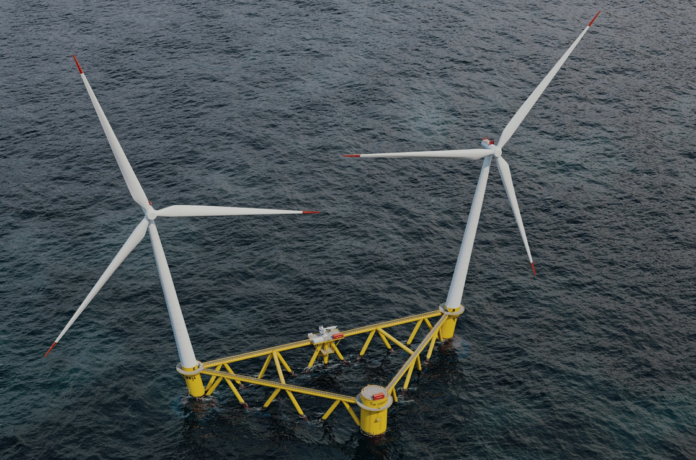 The deal, which is expected to be completed at the end of the month, will see Hexicon through its U.K. subsidiary, TwinHub Ltd., acquire the assets of Wave Hub Ltd. from the Cornwall Council for an undisclosed sum. Hexicon intends to develop the site for a 30-40 MW floating offshore wind project and deploy its twin-turbine floating foundation.

The team will establish how the technology could be brought to market and explore the roles that local suppliers could play during investigative works in fabrication and assembly, mooring and installations, as well as serving the long-term needs of the floating offshore wind industry. Power could be delivered by 2025. Hexicon is working with Bechtel, a company that specializes in engineering, construction and project management, to develop the project.

“Hexicon has been active in U.K. floating wind market since 2014 and sees the acquisition of Wave Hub and the deployment of our twin-turbine technology in the Celtic Sea as an essential stepping stone to developing utility-scale floating wind projects capable of delivering long term consistent and secure renewable energy at the lowest possible levelized cost of energy,” says Marcus Thor, CEO of Hexicon.

Wave Hub Ltd.’s assets include a 30 MW grid-connection and agreement with Western Power Distribution (expandable to 40 MW); a four-way seabed hub 16 km offshore and four inter-array cables; an onshore sub-station and related land; and a consent over eight square kilometers of sea with water depths of between 51 m and 57 m, with one of the best offshore wind resources in Europe. Use of the site by Twin Hub for floating offshore wind technologies is ultimately subject to the agreement of The Crown Estate, with whom lease discussions are ongoing.