The British manufacturer, which was last victorious in the event in 2017, recorded its best-ever result at the Circuit de la Sarthe by winning both GT classes and with three crews standing on the podium. The result means that Aston Martin scored enough points to secure the FIA World Endurance Championship (WEC) manufacturers’ title with one round remaining.

“It’s always great to see colors developed at HMG racing around such an iconic track and to see the team take the race win and the WEC Manufacturers title is a proud day,” said Steve Kennedy, head of HMG’s Advanced Color Design Center. “We have a deep connection with the Aston Martin Racing GTE lime green where we worked to get the car ready at HMG for its Geneva launch, and all at HMG send congratulations to the Aston Martin Racing team. “

HMG Paints has been technical partner with Prodrive and Aston Martin Racing since 2003 and even welcomed Jonny Adam, who took victory in the Pro-AM class, to its Manchester-based headquarters to speak to staff about the 2017 Le Mans victory. 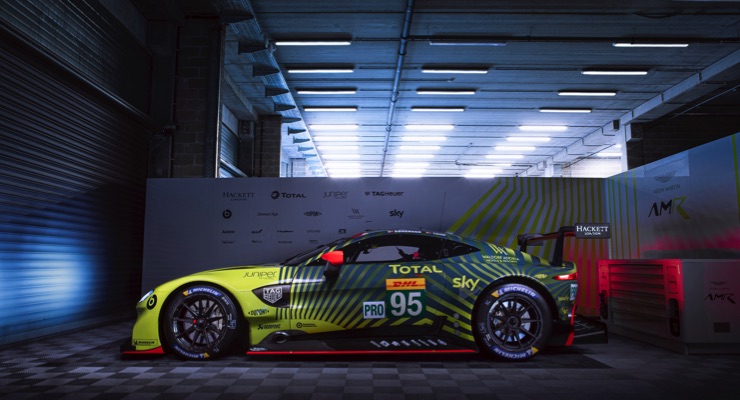