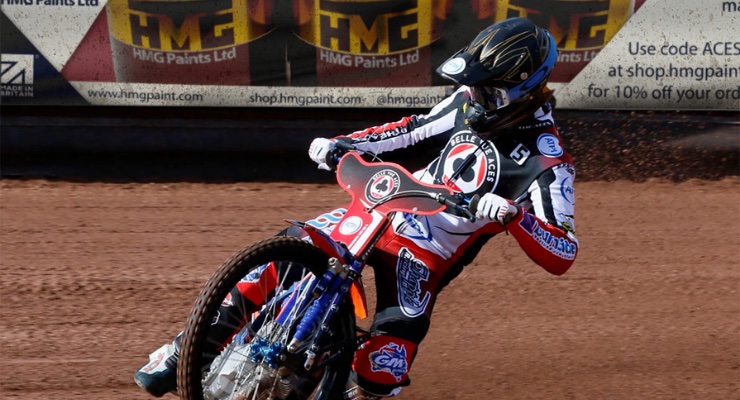 Two community focused brands have joined forces with HMG Paints becoming sponsors of Belle Vue Aces. Belle Vue Speedway has the unique distinction of being the longest con-tinually-operating Speedway club in the world. HMG Paints, formed in 1930 is a family-owned manufacturer of industrial, commercial vehicle, decorative and specialist products.

“We are delighted to welcome HMG Paints on board with Belle Vue Speedway for the new season,” said Belle Vue CEO Mark Lemon. “As a family-run business, their values in this respect very much mirror our own and the enthusiasm for the sport, especially amongst their staff, makes this a perfect partnership.”

As part of the partnership HMG Paints will provide its paints for use at The National Speedway Stadium in Manchester which is home to the Aces.  The Aces start their 2022 campaign at the end of March and will be hoping to go one step further than 2021, which saw them narrowly miss out on the British Speedway Premiership title.

“As a proud Manchester company we’re delighted to be partnering with Belle Vue Aces, a true Manchester institution,” HMG marketing manager Paddy Dyson added. “Belle Vue Aces have always been innovators and leaders in the sport and their commitment to the local community and fans perfectly aligns with our values as a business.”

To celebrate the partnership HMG has developed two new colours Aces Black (GRA 0940 / 42212) and Aces Red (R 0550 / 42212), the new colours can be found in the HMG Col-ourBase Colour Box, and are available via HMG’s extensive distributor network. Addition-ally, speedway fans can enjoy 10% off any purchase when you using promo code ‘ACES10’ at shop.hmgpaint.com.

This isn’t the company’s first venture into motorsport, with HMG being technical partners with Prodrive and Aston Martin Racing. HMG’s Acrythane 4G 2K Topcoat was used on the Aston Martin Racing GTE cars which won the iconic 24 Hours of Le Mans in 2020.  HMG Paints also utilized its Advanced Colour Design Service to assist with the restoration of the iconic 1970 Team Lotus Chassis number 5, which was famously raced by Emerson Fitti-paldi.