The aft block of the first City Class Type 26 frigate being built for the British Royal Navy has been rolled out of the build hall to join the forward block at BAE Systems’ shipyard on the River Clyde.

Teams at the Govan shipyard prepared and completed a series of complex maneuvers to bring the aft block out of the HMS Glasgow block and outfit hall and into position to meet the forward block.

The aft block contains the versatile mission bay and hangar which is capable of supporting helicopters, boats, mission loads and disaster relief stores, while the flight deck is capable of landing a Chinook helicopter for transport of embarked forces.

Ordered in 2017 and scheduled for delivery in 2023, HMS Glasgow is the first in a new generation of cutting-edge Type 26 frigates, designed and built in its namesake city.

The Type 26 is the original variant of BAE Systems’ Global Combat Ship, which Australia and Canada have both selected as the reference design for their antisubmarine frigate programs. 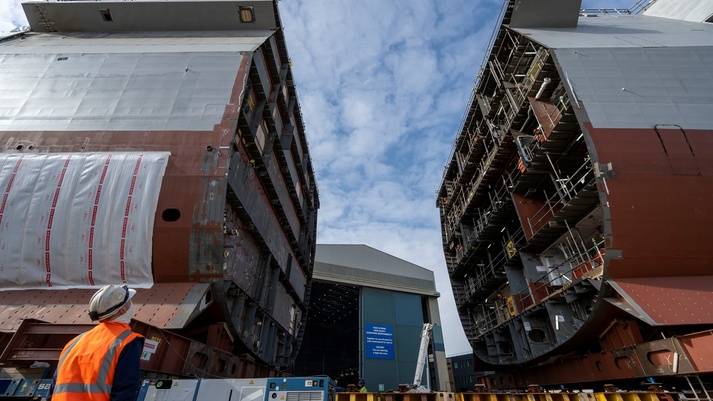 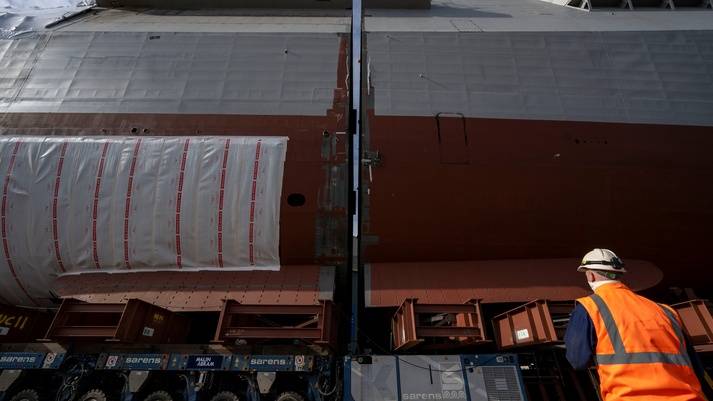