How the Suez Canal was saved VIDEO 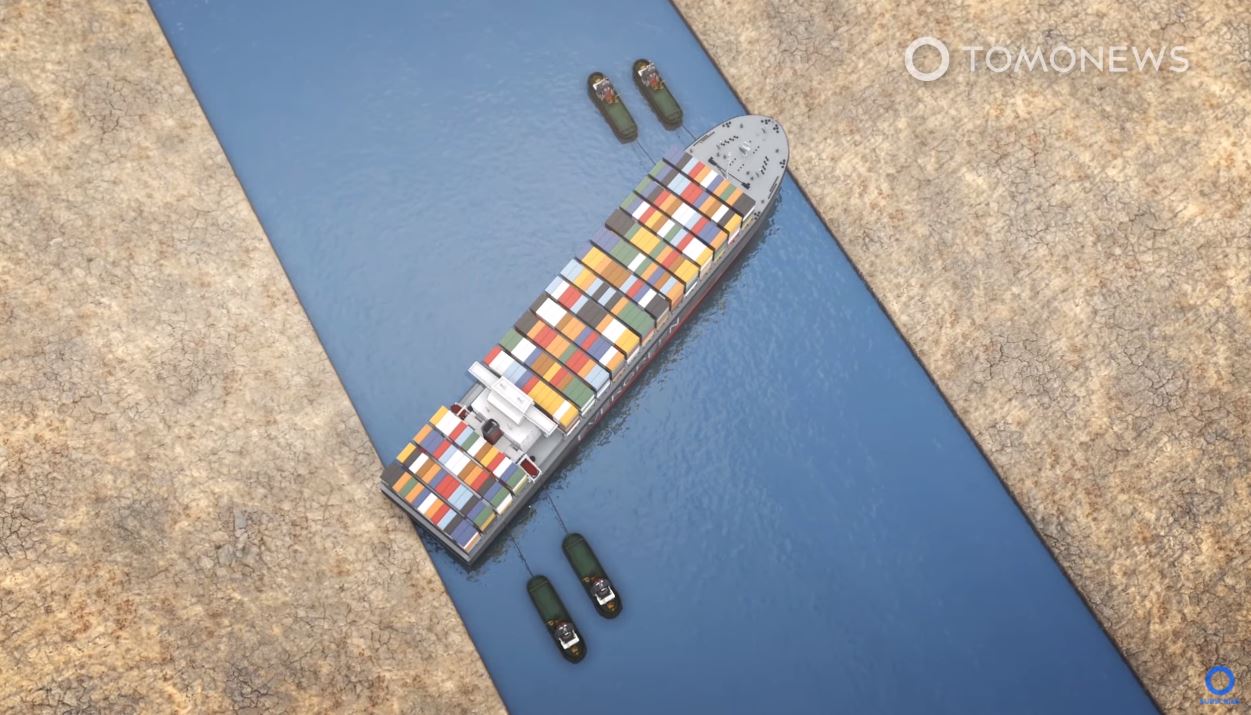 TomoNews has released this amazing video named “How the Suez Canal was saved”.

With a length of 400 meters and a width of nearly 60 meters, the 20,000TEU container vessel Ever Given had been wedged in this vital shipping route for six days this March, blocking all shipping traffic.

For the refloating of the 224,000-ton container vessel, approximately 30,000 cubic meters of sand was dredged to help free the vessel and a total of eleven harbor tugs and two powerful seagoing tugs (Alp Guard and Carlo Magna) were deployed.

The intense salvage effort has focused on removing sand from below the front and rear of the ship, while also pulling the ship with tugboats.

Workers managed to free the rear part of the ship first, swinging the stern into the canal while the bow was still stuck in the sloping sand that forms the side of the canal.

At that stage, tugboats were used to make sure a gust of wind and currents did not push the stern back into the bank while workers were still working to free the bow.