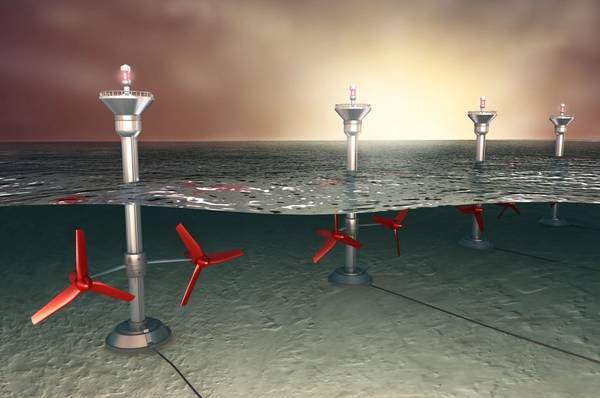 Classification society and testing, inspection and certification services firm Bureau Veritas has welcomed the UK government’s recently announced plans to invest in the tidal energy industry, suggesting that tidal stream electricity has the potential to become “one of the most viable and reliable sources of renewable energy in the world.”

The Government investment is – for the first time – part of the Contracts for Difference (CfD) scheme, which invites renewable energy companies from across the UK to bid for a share of £285 million of funding for low carbon technologies.

A total of £20m per year has been ring-fenced for tidal stream projects, which represents the biggest investment in a generation into tidal power.

“Hailing the move as a positive opportunity for the marine energy sector, we hope that the investment will build upon the success of the offshore wind sector and provide a viable, and perhaps even stronger, alternative to wind and solar energy generation,” BV said.

Mauricio Pereira, Head of Renewable Energy here at Bureau Veritas, said: “Quite simply, tidal stream electricity has the potential to become one of the lead sources of renewable energies in the world. The energy potential of tides can be predicted for years to come with tidal turbines able to harness the energy of high and low tides down to the minute.”

“Additional benefits of the investment into tidal stream electricity include the creation of new ‘green’ jobs, and the potential to re-distribute and upskill employees of fossil fuel industries. It also means that by having more options for renewable energy here in the UK, we’re in a much better position to move away from fossil fuel reliance; a crucial requirement if we’re to keep 1.5 degrees in reach.

“Despite tidal power being a relatively unknown technology and energy source – and a need for there to be additional studies into understanding the impact tidal turbines may have on the marine environment – the ring-fenced £20m in the CfD Scheme is almost on par with that of floating off-shore wind (£24m), suggesting that the focus to alternative renewable energy sources is well and truly shifting.

“The funding made available as part of the CfD Scheme will support in allowing the marine energy sector the opportunity to focus on research, rapid innovation and the acceleration required to meet net-zero targets. Currently, the cost for tidal power technology is incredibly high, however with the investment, the Government is committing to – which will drive an increased focus on R&D – there is the potential for costs to drastically reduce as happened with offshore wind; making tidal energy a tangible option for the future.”