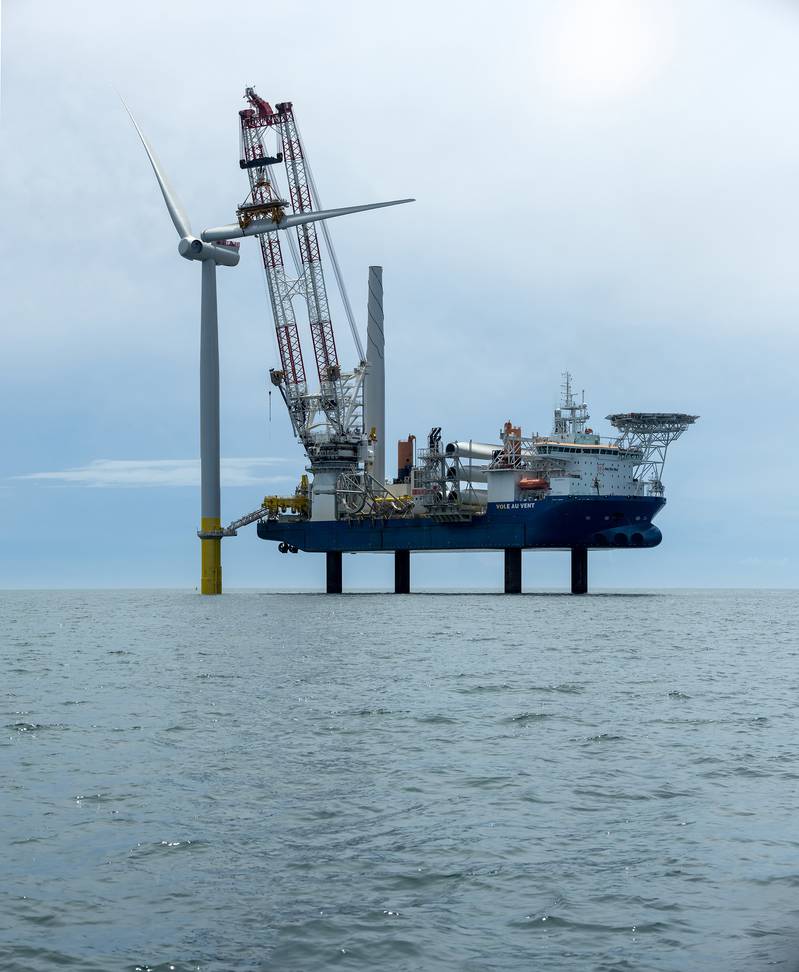 Huisman joins a consortium of a Dominion Energy-led offshore wind consortium aim of which is to build a Jones Act compliant vessel, “which is strategically important to the U.S. offshore wind market.”

The Jones Act is a federal law that regulates maritime commerce in the U.S. and requires goods shipped between U.S. ports to be transported on ships that are built, owned, and operated by U.S. citizens or permanent residents.

Mark D. Mitchell, Dominion Energy’s vice president of generation construction said: “A Jones Act compliant offshore wind installation vessel is vital for the continued growth of the U.S. offshore wind industry. Huisman is a global leader and brings years of experience to this venture and will further enable the offshore wind industry to bring clean, renewable energy to customers in the U.S.”

The crane to be delivered by Huisman will be able to lift 2,200 tons and will enable the installation of the new generation wind turbines.

“We are proud to contribute to Dominion Energy’s ambition to enable large scale offshore wind development in the United States and we are grateful for their trust in Huisman to deliver and install this crane,” said David Roodenburg, CEO of Huisman.

Dominion Energy announced in May it was leading a consortium to build a Jones Act compliant installation vessel and the company expects the vessel to be used on a pipeline of offshore wind projects in the U.S. exceeding 5 gigawatts through 2027.

The vessel, which Dominion says is likely to enter service in 2023, is expected to be based out of the Hampton Roads region of Virginia with a U.S. crew.

“This effort represents a significant step in developing a domestic manufacturing supply chain to support the multi-gigawatt opportunity for zero-carbon electricity generation in the waters off the coast of the United States,” Dominion Energy said.

Ocean surveys and geotechnical work are also underway for the 2,600-megawatt full scale Coastal Virginia Offshore Wind project, which is located in a lease area adjacent to the pilot project. These surveys will support the development of the project’s Construction and Operations Plan to be submitted to BOEM later this year.