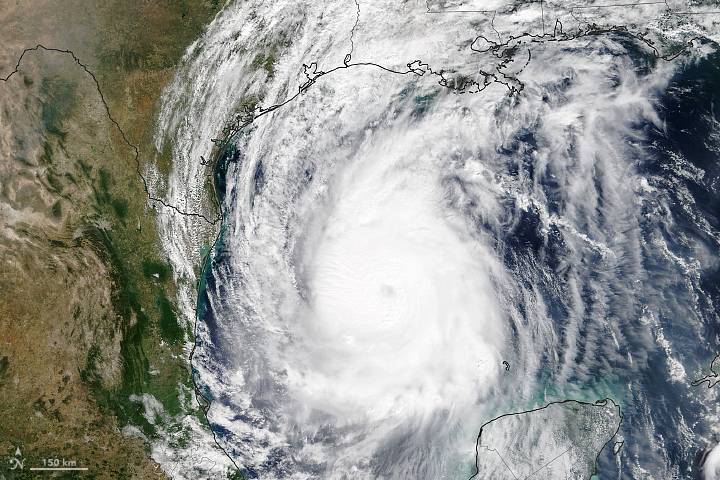 A strengthening Hurricane Delta dealt the greatest blow to U.S. offshore Gulf of Mexico production in 15 years, halting most of the region’s oil and nearly two-thirds of its natural gas output.

An already large and powerful storm, Delta could intensify further on Friday as it churns through the Gulf’s prime oil-producing area. Its winds reached 120 miles per hour (195 kmh), according to the National Hurricane Center.

Delta has shut 1.67 million barrels per day, or 92% of the Gulf’s oil output, the most since 2005 when Hurricane Katrina destroyed more than 100 offshore platforms and hobbled output for months.

Oil prices eased in early trading in Asia on Friday, but were on track for gains of about 10% for the week, boosted by outages in the Gulf of Mexico and a labor dispute in the North Sea. The two combined have removed 3.17 million barrels per day from the market.

Workers had evacuated 279 offshore Gulf of Mexico facilities and producers moved 15 drilling rigs away from Delta’s large and strong windfield. Tropical force winds stretched up to 160 miles from its center, the NHC said, a sign of its large size.

Delta will decrease as it approaches the coast but is expected to remain a Category 3 storm on the 5-step Saffir-Simpson scale. It will bring a 4- to 11-foot (1.2-3.3 meters) storm surge to the coast near landfall, the NHC said.

In addition to oil, producers have halted nearly 62% of the region’s natural gas output, or 1.675 billion cubic feet per day. Offshore Gulf of Mexico fields produce about 15% of U.S. crude oil and 5% of its natural gas production.

Royal Dutch Shell Plc said it would continue operating its refineries in Convent, Geismar and Norco, Louisiana, through the storm.