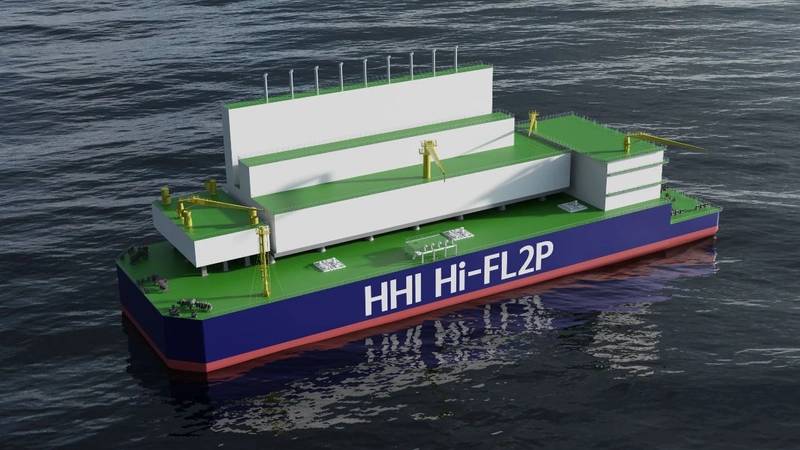 ‘Hi-FL2P’ has been described as an ‘All-in-One Type’ Floating LNG Power Plant where all equipment and systems that are required for the power generation and transmission including LNG containment, gas supply system, and power plant are installed in one unit to function as a stand-alone power plant.

The ‘Hi-FL2P’ was developed in a Joint Development Project with  Bureau Veritas. The project was formally completed with the award of the AIP certificate.

A certificate of Approval in Principle has been provided to Jae-Eul Kim,  Chief Technical Officer, Hyundai Heavy Industries Co., Ltd, by Christophe Capitant, Country Chief Executive, Bureau Veritas Korea, in a ceremony held at HHI in Ulsan, the Republic of Korea.

Hyundai Heavy said that the AIP was “an important step in marketability,” and that it is now anticipating an increasing number of orders for its Floating LNG to Power solution.

BV’s Christophe Capitant said, ‘Bureau  Veritas is very proud to have been actively involved in the development of this innovative concept of an All-in-One Floating LNG Power Plant. The technical collaboration between Hyundai Heavy Industries Co.,  Ltd., and Bureau Veritas has been extremely fruitful and we are delighted it has led to such a positive outcome. The Approval in Principle granted to Hyundai Heavy Industries Co., Ltd. is the first milestone  which hopefully paves the way for coming successes in the promising  field of floating energy generation.”