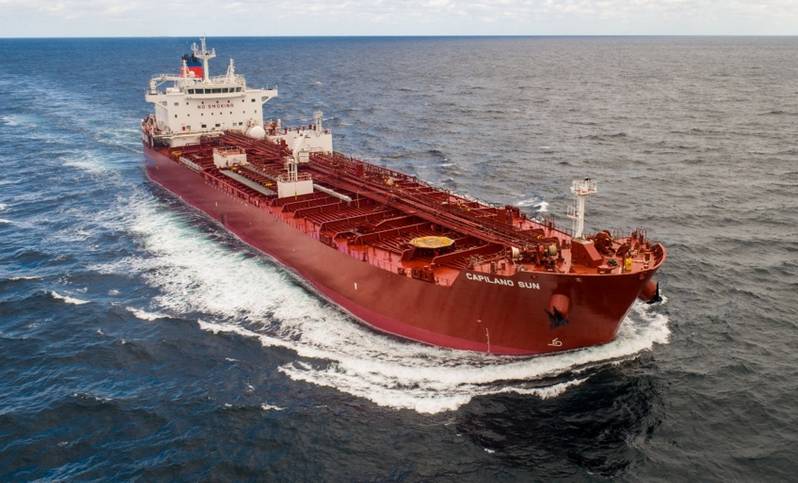 MOL said that the vessel, which can run on either heavy oil or methanol fuel, would be chartered from Hisafuku Kisen K.K., and then, Canada-based Waterfront Shipping Company (WFS) will charter the vessel from MOL under a long-term contract.

Including Capilano Sun, MOL operates 18 methanol carriers. It also operates four of the 13 methanol dual-fuel tankers in service around the world.

Per MOL, these methanol dual-fuel vessels can reduce emissions of sulfur oxide (SOx) by up to 99%, particulate matter (PM) by up to 95%, nitrogen oxide (NOx) by up to 80%, and carbon dioxide (CO2) by up to 15%, compared to vessels using conventional fuel oil.

“The “Capilano Sun“ is the most advanced low-emission vessel, which adopts an advanced technology that adjusts the combustion temperature by mixing water into methanol fuel and can meet Tier 3 NOx regulations without a scrubber,” MOL said.