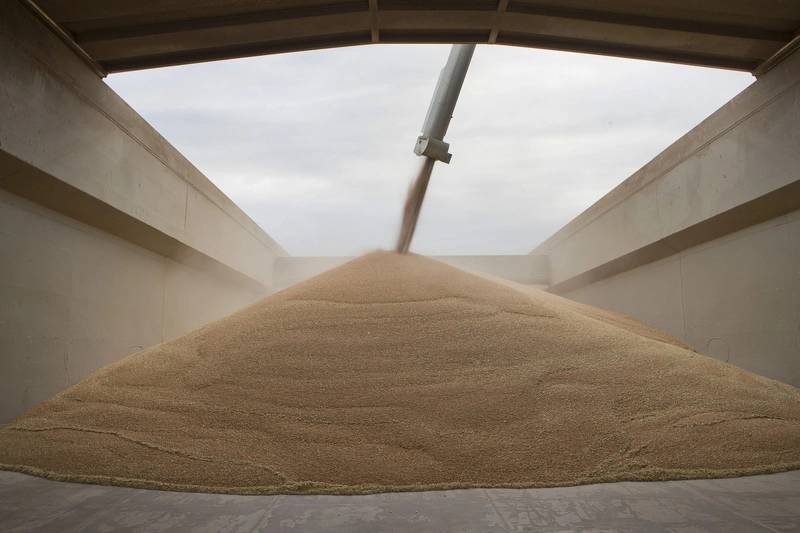 Cargill said its Reserve, Louisiana, terminal, one of two the company operates along the Mississippi River near the Gulf of Mexico, “sustained significant damage” from the storm, which roared ashore as a powerful Category 4 hurricane.

Rival crop traders Bunge Ltd and Archer-Daniels-Midland Co said they were working to assess damage to their export facilities in the area.

The storm has disrupted grain and soybean shipments from the Mississippi Gulf Coast, which accounts for about 60% of U.S. exports, at a time when global supplies are tight and demand is strong from China.

Images of the damaged Cargill terminal, with a twisted and partially collapsed grain conveyor system, circulated on Twitter and were shared among grain traders and barge shippers.

“This area in SE Louisiana is still facing significant personal safety concerns and power outages, so we are just able to start assessing the storm’s impact on the river system. We don’t currently have a timeframe for resuming operations,” Cargill said in a statement.

Cash premiums for grain delivered by barge to Gulf terminals for export fell sharply on Monday as traders feared a prolonged recovery from the storm.

Bunge plans to reopen on Tuesday an export elevator in Destrehan, Louisiana, that is the only port-based crushing plant in the Central Gulf Export Corridor, spokeswoman Deb Seidel said. The facility will resume operations after shutting on Saturday, “provided the evacuation order for the parish is lifted and there is not significant damage,” she said in an email.

Destrehan is one of Bunge’s busiest port facilities, handling soybeans, corn, wheat and sorghum from over 50 grain elevators along the Mississippi River, according to the company’s website.

Power was out across Louisiana and Mississippi after Ida crashed ashore.

Archer-Daniels-Midland will assess the damage to four New Orleans grain elevators and port operations it closed over the weekend in preparation for the hurricane, spokeswoman Jackie Anderson said.

“ADM has a vast transportation network and we are making alternate shipping arrangements as necessary to meet customers’ needs as we manage through this difficult situation,” she said in an email.