The crew of an idled cruise ship anchored in The Bahamas coordinated the rescue of a severely inured yacht crew member on Tuesday.

Carnival Ecstasy was approximately four nautical miles away. While it could see that another cruise ship was closer, the other vessel did not appear to be responding to the Mayday and Carnival Ecstasy Captain Domenico Calise immediately proceeded to lift anchor and transit to the Balista to rescue the 29-year-old injured crew member.

Because of rough seas and 30 knot winds, Captain Calise and his team had to abort the initial transfer of the crew member and lowered a rescue boat to bring him on board.

The crew member was evaluated and treated by Carnival Ecstasy’s medical team who advised that his injuries required further treatment at a shoreside medical facility. Carnival Ecstasy then headed north where it was met by a USCG helicopter and a medical evacuation was completed.

Like other Carnival Cruise Line ships, Carnival Ecstasy is currently in a pause in its operations due to the ongoing COVID-19 pandemic, with ships at minimum non-operational manning status with limited crew members and no guests on board. 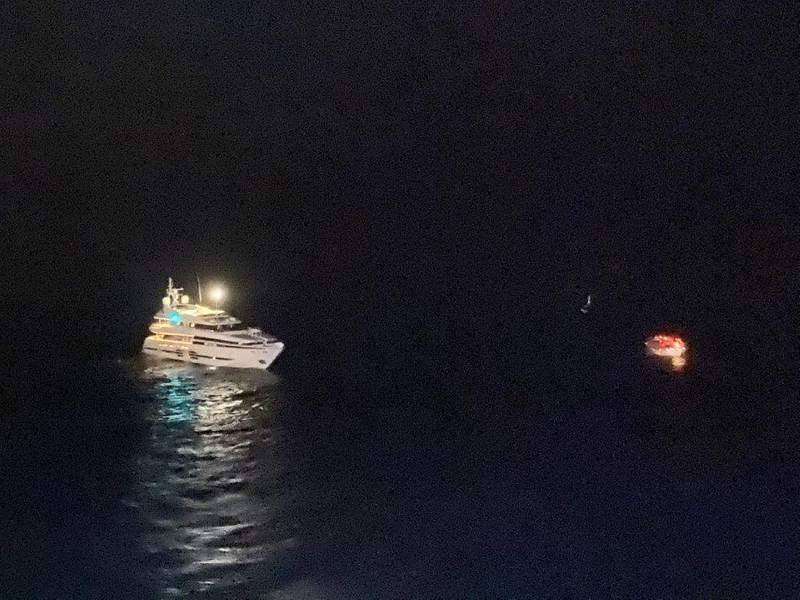