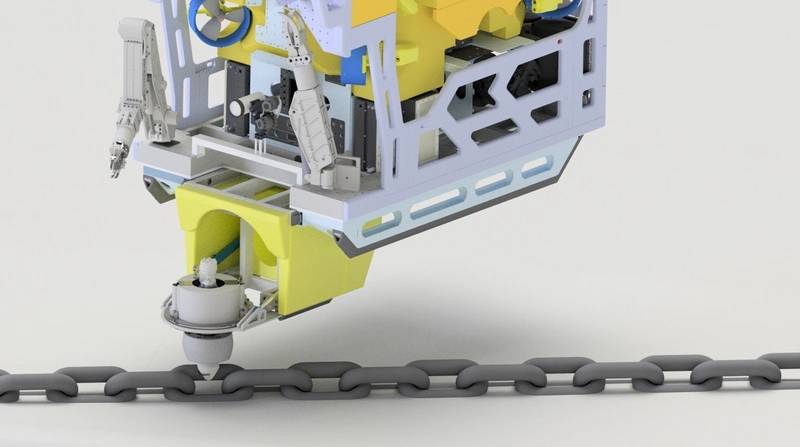 Imenco Corrosion Technology (ICT), a division of Imenco, has launched what it says is a transformational mooring chain cathodic protection technology, named Pacu.

Initially designed for deployment on FPSO mooring chains, the system, Imenco says, is equally applicable to any mooring system such as those on floating wind platforms or offshore aquaculture installations

Imenco says that the solution, made up of its Piranha clamp and an integrated bracket-mounted sacrificial anode, slows the rate of corrosion significantly and prolongs the life of mooring systems.

“Currently, the unpredictable rate of corrosion on existing mooring chains is widely accepted, with costly and time-consuming replacements taking place but not solving the problem of a high turnover in the lifespan of chain and corrosion-related failure rates of mooring systems. The product has undergone significant internal and external testing and with a move from qualification to commercialization, operators can now take advantage of the full ICT package, including computer modelling, testing, installation, and verification of the protection,” Imenco siad.

According to Imenco, Pacu can be retrofitted to existing chains.

“The cathodic protection of chains opens up the opportunity to reduce corrosion allowances, thereby enabling thinner chains to be used in new and replacement systems. This leads to less weight and therefore less equipment needed for handling, transportation, and installation, reducing the carbon footprint of operations,” Imenco said.

“Pacu has multiple applications within the Oil & Gas industry including near-shore moorings and permanently moored offshore structures, but also in other maritime industries, including offshore wind,” Imenco said.