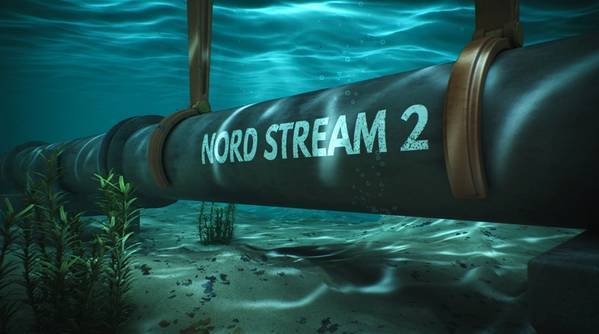 Germany could find itself in a no-win situation if Russia invades Ukraine, pitting Berlin’s main gas supplier against its most important security allies.

Chancellor Olaf Scholz would face pressure from the United States and other Western allies to respond to any invasion by stopping the recently completed Nord Stream 2 pipeline from Russia to Germany going into operation.

But doing so would risk exacerbating a gas supply crunch in Europe that has been widely blamed on a dearth of gas flows from Russia, and has caused energy prices in Europe to soar.

The price surge has hit companies and consumers across the region hard, not least the low-income workers in Germany that Scholz’s Social Democrats (SPD) rely on for votes.

“Germany is between a rock and a hard place,” said Marcel Dirsus, Non-Resident Fellow at the Institute for Security Policy at Kiel University.

“The Scholz government wants to keep the Americans happy because they are Germany’s most important allies outside of Europe. But they don’t want to annoy the Russians either. That’s tough to do.”

Russia has massed troops https://www.reuters.com/world/blinken-arrives-berlin-ukraine-talks-with-european-allies-2022-01-20 near its border with Ukraine and demanded security guarantees from the West, but denies it plans to invade its former Soviet neighbour.

Any invasion would be likely to trigger new international sanctions against Russia, with measures against Nord Stream 2 widely seen as one of the strongest ways to put pressure on Moscow.

But Scholz, who replaced Angela Merkel as chancellor late last year, already faces disagreements in his coalition government about how far German sanctions on Nord Stream 2 should go if Russia attacks Ukraine.

The Greens would like to scrap the project, which is still awaiting regulatory approval, as they oppose fossil fuels. They also want to send a clear signal to Russian President Vladimir Putin that military aggression abroad and undemocratic practices at home will not be rewarded with gas contracts.

The pro-business Free Democrats (FDP) have also signaled they prefer a tougher approach toward Russia.

Scholz will hope to find a compromise that satisfies both his coalition partners and senior members of his party such as Defence Minister Christine Lambrecht, who said Nord Stream 2 – which runs under the Baltic Sea and bypasses Ukrainian territory – should not be dragged into the Ukraine crisis.

The European Union’s most populous country and biggest economy is in danger of looking divided, and Scholz risks looking weak if he does not show firm leadership in the crisis.

“Scholz appears too passive and absent,” said Gwendolyn Sasse, senior fellow at Carnegie Europe, suggesting he should be trying to take on a bigger role in the EU.

The SPD sees itself as the natural heir to Germany’s pioneering ‘Ostpolitik’ policy of opening up to the Soviet Union in the 1970s. But other European countries want Germany to do more to project Europe’s influence and protect eastern neighbors that are nervous of what they see as Russian aggression.

Scholz could have one eye on opinion polls that show around 60% of Germans back Nord Stream 2, said Thorsten Benner of the Global Public Policy Institute (GPPi).

“For Scholz, there is also a concern about fairness: the U.S. is a major importer of Russian crude but hasn’t committed to stopping imports while Germany is expected to call off Nord Stream 2,” said Benner.

Energy prices in Germany in December were up 69% compared with December 2020. Russian military action in Ukraine would be likely to push them even higher.

“In case of an invasion, we would see wild spikes in gas prices. All bets are off,” said Hanns Koenig, an energy analyst with Aurora Energy Research.

The government would then face pressure to provide subsidies for low-income Germans and manufacturers that rely on gas for production, putting more strain on public finances already stretched by the coronavirus crisis.

Some European politicians say Russia can do more to reduce prices and consumer bills in Europe, and have accused Moscow of using the energy situation for political purposes.

“The flows of natural gas coming from Russia are at historically low levels,” said Koenig. “Russia is prioritizing the routes it owns, and sending much less than they have done historically through the other ones.”

Dirsus said Scholz was unlikely to kill the project but could impose a moratorium on it in the event of an invasion.

“It will be a step designed to show the Americans and other allies that Germany is responding, but at the same time they will send a signal to Russia that the project could still be revived,” he said.