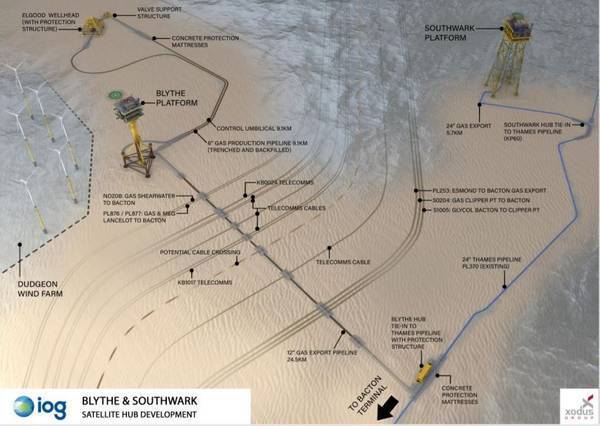 Independent Oil and Gas (IOG), and oil and gas company focused on the UK North Sea, has has appointed David Gibson as its new Chief Operating Officer.

“David has extensive relevant North Sea engineering and project management experience over a near 30-year energy industry career, culminating in a number of executive management positions over the past decade,” IOG said.

Having started his industry career at Foster Wheeler Wood Group and Amec, he spent 15 years at Marathon Oil UK Ltd before moving to TAQA Bratani, where he was Technical Director until 2019.

Most recently he was with Ithaca Energy, where he led the integration of the North Sea assets acquired for $2 billion from Chevron and subsequently was appointed Assets Director.

“David’s appointment as COO, which is not initially intended to be a board position, follows an extensive and thorough search process managed by a leading sector-focused executive search firm, Preng & Associates, which covered a diverse range of candidates. It also enables Rupert Newall to step back from his Interim Project Director role and continue in his permanent role as Chief Financial Officer,” IOG said.

Andrew Hockey, CEO of IOG, said: “We are delighted to welcome David to lead the operating team at IOG where he will be a key contributor in successfully delivering on our ambition to be a safe, efficient, low-carbon developer and producer of high-value gas. In so doing he will build on strong existing foundations and I thank our CFO Rupert Newall for fulfilling the Interim Project Director role very effectively over recent months.

“David joins the company at an exciting time with Phase 1 construction in full swing and development drilling expected to start in around two months, targeting first gas in Q3 this year. Supported by an excellent team already in place across all disciplines, David will be able to hit the ground running and I have no doubt he will have a very positive impact across our business.”

The Core Project comprises gas resources across six discovered UK Southern North Sea (“SNS”) gas fields. Phase One, approved by the OGA, will focus on the development of Blythe, Elgood, and Southwark fields.

The company in January said that work on the construction of the two platforms being built for the project was progressing well with delivery scheduled for 1Q 2021.