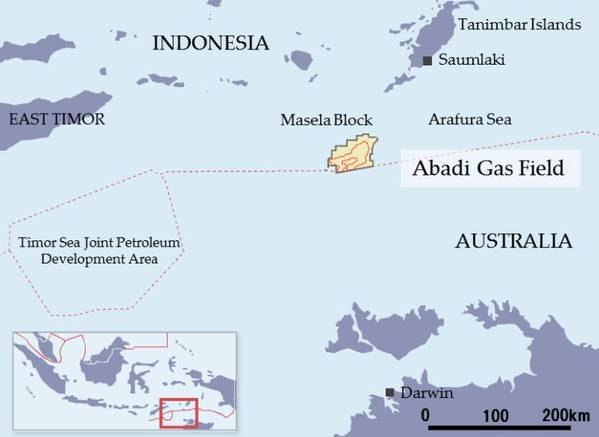 Japanese oil and gas firm Inpex has signed a memorandum of understanding (MOU) for the sale of gas from its Abadi project in Indonesia to the local company with PT Perusahaan Gas Negara Tbk (PGN).

Abadi gas field is located in the Masela Block, in the Arafura Sea, offshore Indonesia. The Abadi LNG project is based on an onshore LNG development concept.

“Discussions will now commence regarding sales and purchase of the LNG supply from the Project to PGN, the largest national gas company which owns and manages the majority of domestic gas infrastructure and is responsible to carry out a gasification program in Indonesia,” Inpex said Friday announcing the MoU with PGN.

The Abadi project is the first large-scale integrated LNG development project operated by Inpex in Indonesia and follows on from the Inpex-operated Ichthys LNG Project in Australia.

The project will produce a total output of natural gas (LNG equivalent) of 10.5 million tons per year and up to approximately 35,000 barrels of condensate per day, with the production start-up expected in 2027-2028.