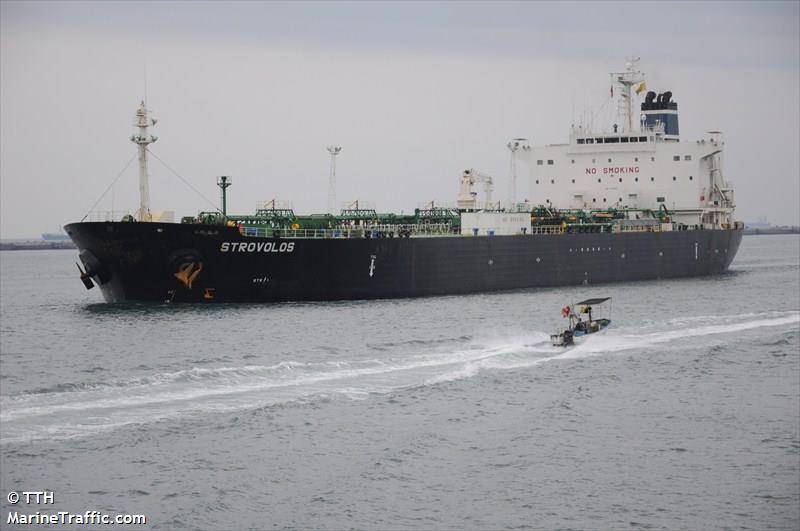 Indonesia’s navy is preparing to charge the captain of a ship accused of loading oil illegally in Cambodia and anchoring in Indonesian waters without permission, according to local authorities and the vessel owner.

Bahamas-flagged tanker MT Strovolos was stopped in waters near the Anambas Islands of Indonesia on July 27, the Indonesian Navy said in a statement. The stop followed a red notice issued by the Cambodian embassy on July 24 that asked Indonesian authorities to make an arrest on suspicion of stealing around 300,000 barrels of Cambodian crude, the Navy said.

The vessel was taken to Batam for quarantine on July 30.

The captain of the ship, a Bangladeshi, has been named a suspect for anchoring without permission in Indonesian territorial waters, the Navy said, adding that it was working with local prosecutors on the case.

World Tankers Management, operators of MT Strovolos, confirmed the detention of the tanker and crew members.

“We regret to report that some members of the crew have been detained ashore by the Indonesian authorities and remain so detained whilst the remaining crew are stuck on board the vessel unable to disembark,” the company said in a statement released late on Wednesday.

World Tankers denied allegations that the oil had been loaded illegally and that the ship did not have permission to anchor in Indonesian waters.

MT Strovolos loaded about 300,000 barrels of crude oil in the Apsara field in the Gulf of Thailand on May 21 based on the understanding that the cargo belonged to charterer Kris Energy (Apsara) Company Ltd, the company said.

However, the charterer defaulted on payment and terminated its service when the vessel had called at Thailand for crew change and refueling, but was unsuccessful, World Tankers said.

Subsequently, MT Strovolos sailed to Batam, Indonesia, to make a crew change but was detained by local authorities, the company said.

The Apsara field is operated by Singapore-listed KrisEnergy (KRIS.SI) which said on June 4 that it was “unable to pay its debts based on actual and/or contingent liabilities and will proceed to liquidation”.

KrisEnergy has a 95% stake in the field while the Cambodian government holds the remaining 5%.