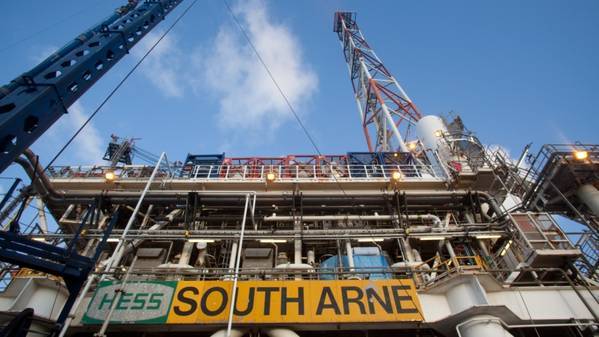 INEOS E&P has completed the acquisition of Hess’ subsidiary Hess Denmark for $150 million. Hess will use the proceeds to fund its projects in Guyana.

With the acquisition, first announced in March, INEOS has become the owner of 61.5% of the Hess-operated Syd Arne oil field, complementing the 36.8% share INEOS already holds and 4.8% in the INEOS operated Solsort field.

The South Arne Field produced an average of 5,800 barrels of oil equivalent per day net to Hess in the fourth quarter of 2020.

Earlier this month, a consortium of 29 companies, research institutes, and universities, on Tuesday, signed an agreement to support the next phase of the Greensand pilot project to demonstrate the safe and permanent storage of CO2 in offshore reservoirs in the North Sea, off Denmark.

Commenting on Hess acquisition, Brian Gilvary, Executive Chairman of INEOS Energy said, “I am pleased we have been able to complete the acquisition. The deal represents a major step in reshaping our energy business. It also opens up prospects that can be developed in Denmark’s offshore oil and gas sector, supported by a very promising carbon storage project.”

Hess CEO John Hess said: “The sale of our Denmark asset enables us to further focus our portfolio and strengthen our cash and liquidity position. Proceeds will be used to fund our world-class investment opportunity in Guyana.”

Hess is a partner in ExxonMobil-operated Stabroek block offshore Guyana, where ExxonMobil has in recent years discovered more than 9 billion barrels of oil, and is working to bring several FPSO units to the block in the comping years to develop the discovered resources.