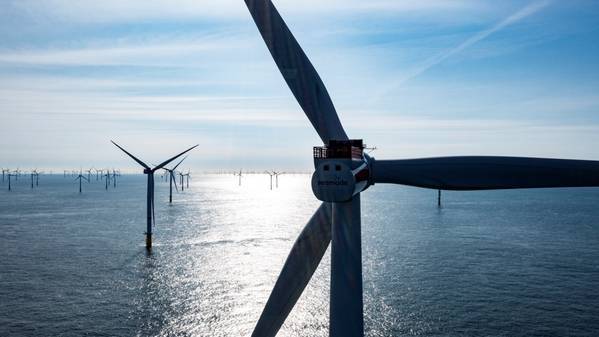 Under the terms of the ten-year deal, which begins in 2022, INEOS will buy 65,5-Megawatt (250 GWh per year) of offshore wind power from Eneco, produced at the SeaMade offshore wind farm in the Belgian North Sea.

The deal will take ca. 13.5% of SeaMade’s renewable electricity.

INEOS said the agreement would will reduce the carbon footprint of INEOS by a further 940,000 tonnes of CO2 over the length of the contract, which is the equivalent of taking 70,000 cars off the road each year.

The renewable electricity from this agreement will be used to support INEOS Olefins and Polymers, INOVYN and Styrolution businesses, allowing the latter to switch its German assets to green power from January 2022 onwards.

“This is the third renewable power deal agreed by INEOS as part of our road map to reduce greenhouse gas emissions from across its operations, as the company continues to supply essential products that people increasingly need across medical, food, transport, and construction,” the company said.

Combined with previously announced deals, INEOS said, the agreement with Eneco increases the INEOS commitment to Belgian offshore renewable wind to 205 MW (~750 GWh per annum). Together this reduces the carbon footprint of its operations by nearly 3 million tons of CO2 over the life of the contracts; the equivalent of taking more than 230,000 cars off the road, in total, each year, the company said.

Belgium’s largest offshore wind farm, the 487MW SeaMade that can power 500,000 Belgian households, was officially inaugurated in October 2021. SeaMade was developed by a consortium of Otary, Ocean Winds, and Eneco. It is managed by Otary.

It consists of 58 wind turbines with a total installed capacity of 487MW that generate 1.8 TWh of renewable energy annually.