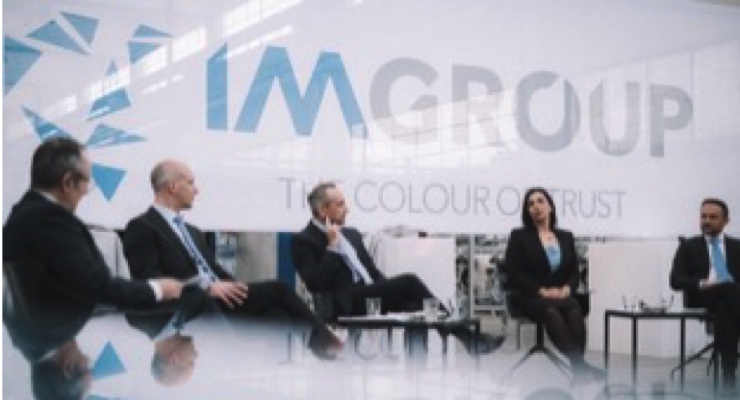 Inkmaker Group announced it will officially be known as IM GROUP.

The launch, filmed on location at Inkmaker’s headquarters in Turin, Italy (now also headquarters to IM GROUP), was screened for private viewing on YouTube to coincide with World Earth Day.

The decision to rebrand Inkmaker Group as IM GROUP, the company said, aligns with the group’s vision of evolving its technology to expand in its fields and adapt the advantages of its products to new markets.

“Since October 2019, Inkmaker has made significant investments, on the acquisitions of the businesses of Rexson and Valtech, in the UK; Tecnopails, in Italy; and most recently Swesa, in Germany. The driving strategy behind these acquisitions was to create a reliable complete supply chain—serving predominantly, but not only, the ink, paint and coatings industry—to sustain our core businesses,” said Christophe Rizzo, CEO EMEA/Americas, IM GROUP. “This is the evolution of Inkmaker Group, which is essentially that of Inkmaker.”