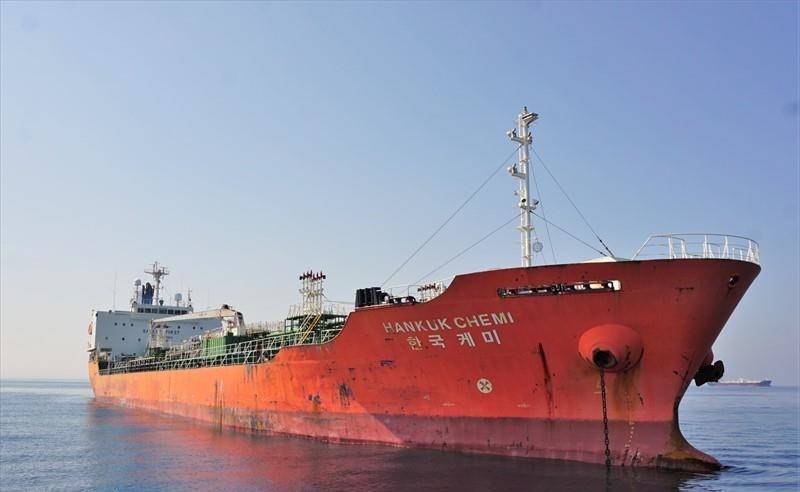 Iran said on Sunday that South Korea should avoid politicizing the seizure of its vessel by Iranian Revolutionary Guards in the Gulf, Iranian state media reported, while pressing Seoul to release $7 billion in funds frozen amid U.S. sanctions.

South Korea’s vice foreign minister, Choi Jong-kun, arrived in Tehran on Sunday to discuss the release of the South Korean-flagged MT Hankuk Chemi, which was seized by the Guards on Monday near the strategic Strait of Hormuz.

Iran has denied allegations that the seizure of the tanker and its 20-member crew amounted to hostage taking, and said it was Seoul that was holding Iran’s funds “hostage”.

Iran’s government spokesman said on Tuesday the vessel was seized based on an Iranian court order for “environmental pollution”.

However, the ship’s Busan-based operator, Taikun Shipping Co. Ltd., told Reuters there was nothing to indicate before the seizure of the vessel that Iranian authorities were probing possible violations of environmental rules.

“For about two and a half years, South Korean banks have frozen Iran’s funds … it is not acceptable … In our view, this is more because of Seoul’s lack of political will (to resolve the issue) than the U.S. sanctions,” the semi-official Fars news agency quoted Araqchi as saying.

The United States reimposed sanctions on Iran in 2018 after President Donald Trump withdrew Washington from Tehran’s 2015 nuclear deal with six major powers. Under that deal, Iran had agreed to curb its nuclear work in exchange for the lifting of sanctions.

Iran has retaliated by bypassing the restrictions of the deal step by step. In a move that could complicate efforts by U.S. President-elect Joe Biden to rejoin the deal, Tehran said on Monday it had resumed 20% uranium enrichment at its underground Fordow nuclear facility.