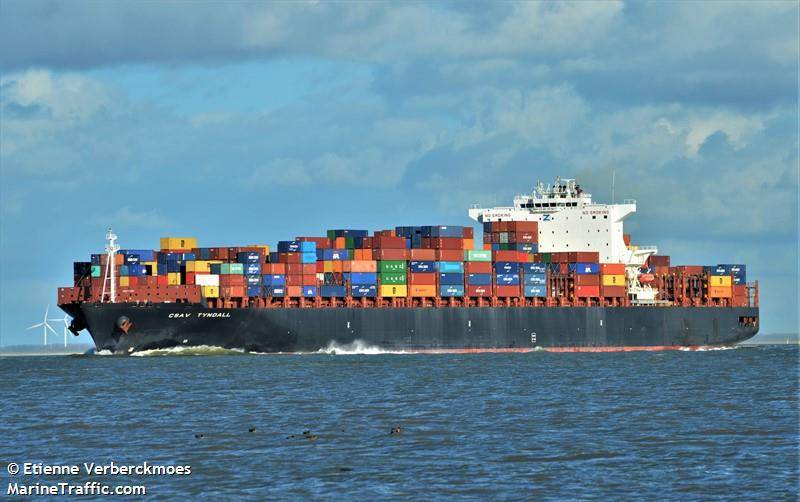 Israeli defense officials were checking whether Iranian forces were behind a possible attack on a cargo ship under partial Israeli ownership on Saturday on its way from Jeddah to the United Arab Emirates, Israel’s N12 Television News reported.

The crew was not hurt and the ship, possibly hit by a missile, was not badly damaged and continued on its journey after the incident, N12 said, citing unnamed sources within Israel’s defense establishment. Lebanese pro-Iranian TV channel Al Mayadeen had reported the incident earlier.

N12 said the vessel, the Tyndall, was owned by Zodiac Maritime Ltd, a London-headquartered international ship management company which later said it did not own or manage the CSAV Tyndall.

Ship-tracking data from Refinitiv Eikon showed the CSAV Tyndall container ship, which sails under a Liberian flag, was last docked in Jeddah and was now off the coast of Dubai.

A UAE government spokesperson did not respond to a request for comment. Israeli officials had no immediate comment.

Iranian media widely reported the attack, citing Al Mayadeen, which was among the first news outlets to report an attack on a commercial vessel owned by an Israeli company in April.

Iran’s largest navy ship sank in early June after catching fire in the Gulf of Oman, in what appeared to be the latest incident in a region of sensitive waterways, where arch-enemies Iran and Israel have traded accusations of attacks on each other’s vessels.

(Reporting by Maayan Lubell in Jerusalem, Alexander Cornwell and newsroom in Dubai, Alaa Swilam and Omar Fahmy in Cairo; editing by Louise Heavens)