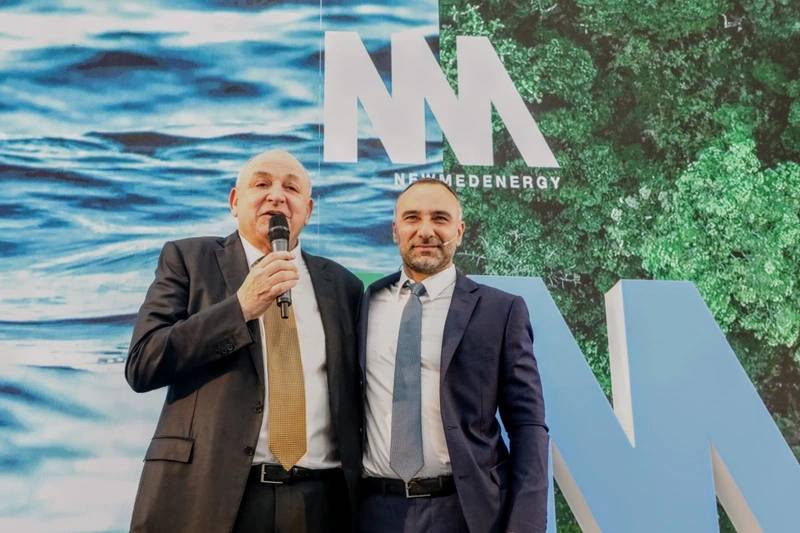 Israel’s Delek Drilling, a company that owns a stake in the giant Leviathan gas field offshore Israel, and in the undeveloped Aphrodite gas field offshore Cyprus, is changing its name to NewMed Energy. Apart from changing the name, the company shared an update strategy which includes Leviathan production expansion, offshore drilling in Morocco, and launching an alternative energy branch focused on blue hydrogen and carbon capture.

Yossi Abu, CEO of NewMed Energy said that the success in production from the Leviathan gas field in the past two years, “and especially the successful realization of the regional export vision, had in effect turned NewMed Energy into a leading international energy entity of utmost regional importance.”

Delek Drilling, now NewMed Energy, said Tuesday that updated analyses showing the demand for natural gas (both regional and domestic) was rising constantly and justified the expansion of production from the Leviathan field, in accordance with the approved development plans for 21 BCM annually.

The second phase of Leviathan will concentrate on the expansion of the infrastructures for the transmission of natural gas from the reservoir to additional consumers in its export markets along with exposure to the global LNG.

The company, which, as said holds interests in the Leviathan and the Aphrodite fields, also said it was in an advanced process for the receipt of exploration licenses in Morocco.

“NewMed Energy has identified Morocco as a country with tremendous potential in both geological and commercial terms. The Partnership’s Board of Directors have authorized NewMed Energy’s management to act, and the Partnership is currently in advanced negotiations for receiving exploration licenses in offshore Morocco, in both the Mediterranean and the North Atlantic Ocean,” the company said.

NewMed energy also said it was launching an Alternative Energy Division which would produce blue hydrogen and capture carbon.

“Blue hydrogen, whose combustion does not emit pollutants, is the global fuel of the future for clean electricity generation and may constitute a low-carbon alternative for energy consumers. Future investments in renewable energies in the global market include development of new projects and the acquisition of mature projects,” the company said.

“The natural gas revolution in Israel which continues with the Leviathan Reservoir, has led to a reduction of approx. 70% in pollution caused as a result of gas supplied electricity generation in Israel, and to a significant reduction in greenhouse gas emissions. A reduction in air pollution can also be seen in Egypt and Jordan, countries to which gas from Leviathan is exported,” said the company, which last year agreed to sell its 22% take in the Tamar gas field offshore Israel, to Mubadala for US$1.025 billion.

CEO Abu said: “Our launch of NewMed Energy today is the pinnacle of a fundamental, deep, and strategic process. With Delek Drilling’s well-known DNA, NewMed Energy will be an innovative and leading energy entity that will maximize the value of the existing core assets and promote significant processes such as the expansion of Leviathan and the development of the Aphrodite reservoir, alongside the launch of exploration and production of natural gas in other countries in the Middle East.

“NewMed Energy aspires to be a leader in the alternative energies industry, chiefly production of blue hydrogen from natural gas, in addition to carbon capture and entry into renewable energies. Exactly as Delek Drilling was, NewMed Energy will continue to be a key energy anchor in the region, with the aim of giving our investors both a stable dividend yield and growth.”