‘It was so bad and so dark, we really thought we were going to die.’ 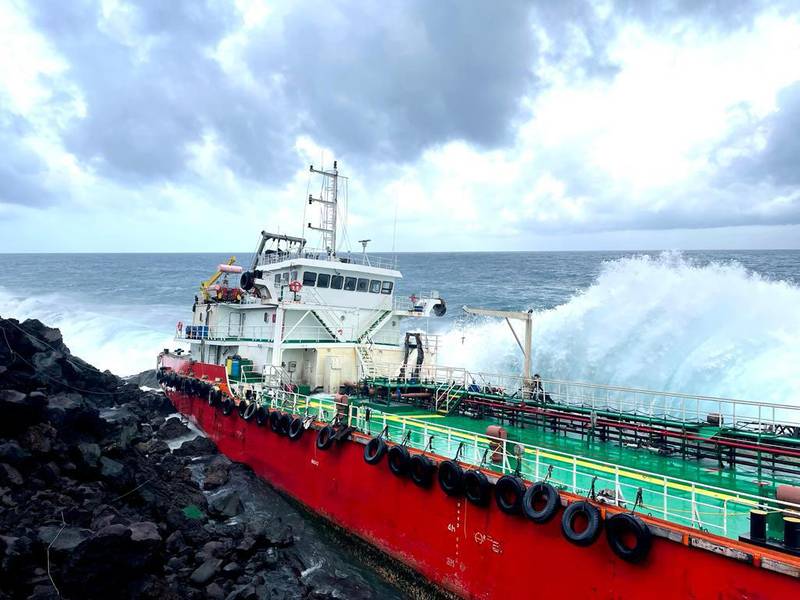 A crew, shipwrecked by a cyclone in the Indian Ocean, has thanked Sailors’ Society’s Crisis Response Network for helping them through their trauma.

The vessel, which appeared to have engine failure just as Cyclone Batsirai hit, was shipwrecked – dashed onto the rocky coast of Réunion Island.

Speaking of their immense fear, one of the crew said, “It was so bad and so dark, we really thought we were going to die.”

The captain, who along with his crew has been receiving counselling from the Society’s Crisis Response Network team, said, “I will never forget Sailors’ Society or the Crisis Team, and I will always stay in touch because of what they did for us.”

While the local community provided food and clothes for the 11 crew members (seven from India and four from Bangladesh), Sailors’ Society’s Réunion port chaplain Alain Djeutang arranged for them to be put up in a local mission and alerted the charity’s Crisis Response Network (CRN).

The CRN team stepped in, contacting the crew and were led by the men on what they needed and when.

As well as offering psychological support and much needed trauma counselling, the CRN team has been liaising with the Indian Embassy and the ship’s owners to help get the men home.

Sailors’ Society chaplain and CRN coordinator for Africa and Middle East, Revd Johan (Boet) van Schalkwyk said, “It is hard to release that trauma. We worked closely and carefully with them and got them through. They no longer fear for their lives.

“Most are now fine, but a few are still needing a little more support and we are still here for them.”

All but one of the crew members, who is isolating with Covid, have now been taken on to Mauritius, where they are awaiting transport to take them back home to their families.