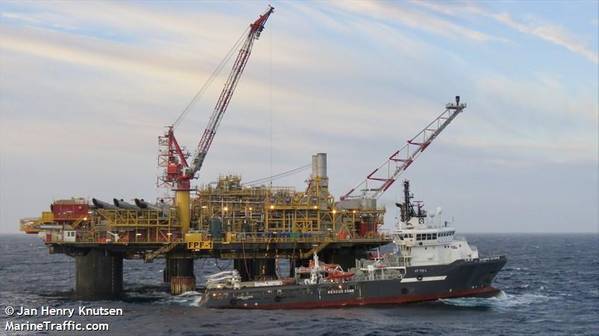 UK-focused oil firm Ithaca Energy has restarted production from its FPF-1 offshore platform in the North Sea, some two weeks after a Covid-related shutdown.

To remind, Ithaca had shut down production after four four crew members from the offshore production platform tested positive on January 19 and January 20. It, at the time said it wouldn’t seek to restart production until it could start up in a safe and controlled manner.”

In a statement sent to Offshore Engineer on Friday, Ithaca Energy said that production had resumed on Monday, February 1.

Ithaca said: “In response to crew members testing positive for coronavirus on the FPF-1 Floating Production Facility last month we have reviewed our COVID-19 procedures, completed a deep clean of the FPF-1, implemented testing of those on board the installation, and increased cleaning schedules.

“We have also introduced pre-mobilization testing for all Ithaca Energy operated assets and this, together with the measures outlined above, enabled us to implement a phased and controlled process of increasing the number of personnel onboard the FPF-1 and restart production on Monday, 1 February 2021.”

The FPF-1 floating production facility is located in Block 30/6a, some 240 km east of Aberdeen, and serves the Ithaca-operated Greater Stella Area production hub.

The Ithaca Energy operated Greater Stella Area is located in the Central Graben area of the Central North Sea. The FPF-1 produces oil and gas from Stella, Harrier, and Vorlich fields.

Ithaca’s production for the first nine months of 2020 was 68 thousand barrels of oil equivalent per day (“kboe/d”), 61% liquids.

The company, a subsidiary of Israeli company Delek, last November said that full-year 2020 production was anticipated to be at the top end of the 63-68 kboe/d guidance range.