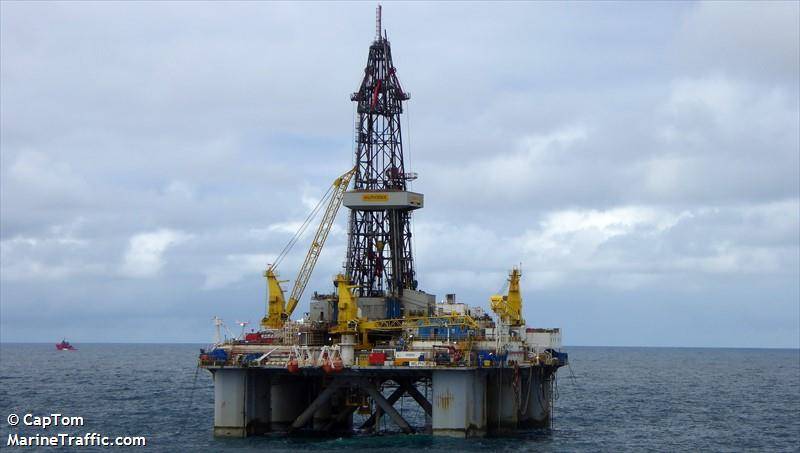 Energy intelligence firm Wood Mackenzie has shared that Ithaca Energy has made an oil discovery at Fotla prospect in the UK North Sea, labeling it “a ray of light” in what’s been a tough year for UK exploration activity, with 2021 on track for the fewest number of completed wells since the 1960s.

Ithaca had planned to drill the Fotla well in 2020, but it then delayed the drilling operation for 2021, citing the Covid-19 impact and low oil prices.

Lucy King, a research analyst with Wood Mackenzie’s North Sea upstream team, said: “Despite the drop in activity, success at Fotla continues a recent renaissance in UK exploration performance. Discovered resource per well has grown steadily in recent years, reaching over 20 million barrels of oil equivalent (boe) since 2020, which is in line with global averages.

“Success rates have improved too. The average economically viable and commercial success rate for the UK since 2020 sits at over 40%, comfortably above the global average over the same period.”

King added that, based on resources of 21 million boe and its proximity to the nearby Alba infrastructure, Wood Mackenzie, a Verisk company, assumes the discovery could be an ideal candidate for a short-cycle, high-return tie-back to the Ithaca-operated facilities.

This is Ithaca’s second discovery since the start of 2020, with success as a partner in the TotalEnergies-operated Isabella discovery last year.

King said: “More opportunities for success are on the horizon, with interests in the Harbour-Energy operated Jade South exploration well currently drilling, and its operated Fortriu well – on the same block as Fotla – due to spud next year.”

In a report released this week, OGUK, a UK association repšresenting interested of the UK offshore oil and gas industry, found that the UK, the global leader in installed offshore wind capacity, still gets 73% of its total energy from gas and oil, with production from the UK Continental Shelf providing around 70% of this demand.

“Electricity generation reflected such trends. Renewables met 42% of electricity demand in 2020 but electricity only accounts for 20% of the UK’s total energy use. Lower wind speeds and higher demand during January – March 2021 created a shortfall, which was met by a 6.8% increase in gas generation – underlining the need for diversity of supply,” the report said.

OGUK said that North Sea oil and gas remained essential to manufacturing both domestically and internationally used in everyday items such as clothes, medicines, and smartphones, as well as vehicles and road surfacing.

OGUK Chief Executive Deirdre Michie said: “Oil and gas provided nearly three-quarters of the UK’s total energy last year, and we will continue to rely on them to heat our homes, keep our lights on and create many of our everyday essentials from medicines to mobile phones to road surfaces. About 85% of UK homes are still heated by gas but imported gas hit a record high last year.”

The report found that investment was key to maintaining domestic oil and gas production and that a failure to invest in new oil and gas fields – to replace those in decline now – would mean the UK could meet only a third of its future needs, “leaving the nation more reliant on imports.”

The OGUK report said the findings underlined the need to “invest in new oil and gas developments to ensure the security of supply and underpin a strong domestic industry to build the low-carbon energy ecosystem of the future”.

The report describes how the oil and gas industry is ready to invest £21 billion over the next five years into exploring and producing UK oil and gas. It also warned that in a no-further-investment case, total capital investment could fall to less than £1 billion per year by the middle of the decade as the UK increased its reliance on imported fossil fuels.

Oil and gas explorers have been under increasing pressure from environmental groups to stop exploration, following recent reports by IEA which said new oil and gas investments should cease if the world wants to reach net-zero emissions by 2050, and after IPCC’s report released last month, which found the planet had warmed more than previously estimated, and that the world could reach 1.5 degrees warming in the next decades without immediate action.

Following the pressure from the environmental groups, Scotland’s First Minister Nicola Sturgeon last month sent a letter to the UK Prime Minister Boris Johnson, asking for the UK Government to reassess offshore oil and gas licenses already issued but where field development has not yet started, “in light of the scientific report published by the IPCC this week and the severity of the climate emergency we now face.”

The license reassessment would also include the proposed Cambo development off the Shetland, owned by Siccar Point and Shell, over which the environmental groups recently confronted Sturgeon for her failure to block the project.