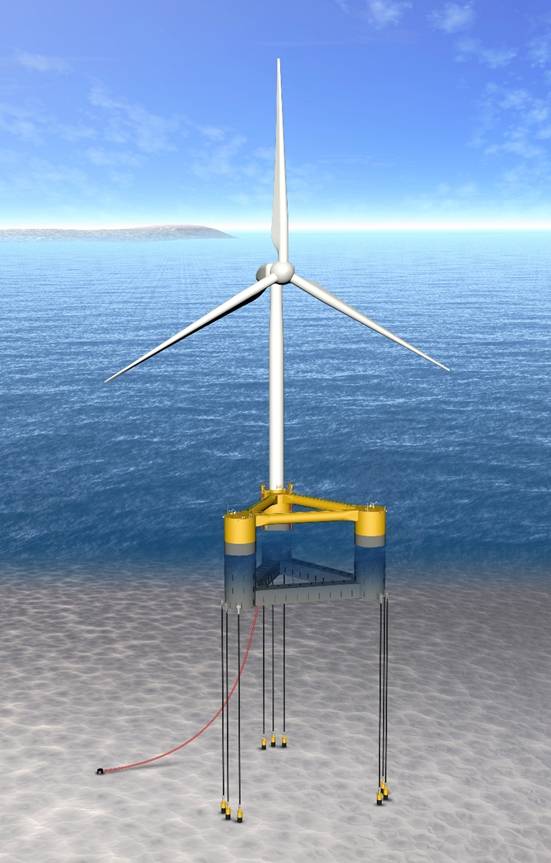 NEDO (New Energy and Industrial Technology Development Organization) is Japan’s national research and development agency that creates innovation by promoting technological development necessary for the realization of a sustainable society.

According to JERA, TLP systems are expected to reduce the cost of power generation because the high stability of tension mooring to a seafloor foundation enables installation of large 15 MW-class wind turbines, which have the potential to become mainstream in the future, on compact floating platforms.

In addition, JERA said, TLP mooring lines are expected to be more socially acceptable than other mooring systems because they can reduce the space occupied under the sea by 1/1,000 approximately (in case of 100m water depth, as example) and have less impact on existing businesses such as the fishing industry and ship operations.

The joint project’s goal is to establish component technologies for TLP floating and mooring systems and subsea power transmission systems with the aim of commercializing floating wind farms in the early 2030s.

JERA will conduct surveys and measurement of the planned verification site, design power generation facilities, and establish environmental parameters. In addition to conducting simulations and demonstrations of component technologies previously studied by each company—floating and mooring systems by MODEC, mooring foundations by Toyo Construction, and power transmission systems by Furukawa Electric—a basic plan for a 15 MW-class power generation demonstration facility will be drawn up based on design and environmental parameters provided by JERA.