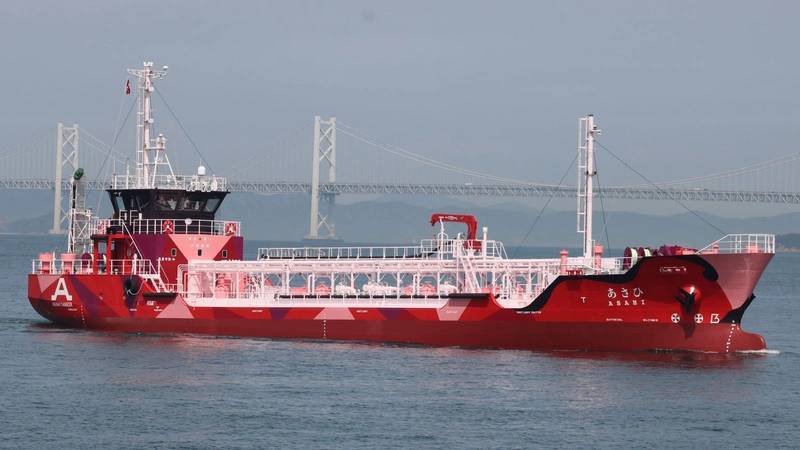 Japan’s Asahi Tanker said it will start using the world’s first electric-powered tanker for ship fuelling, known as bunkering, later this month in an effort to cut carbon emissions.

Japan, which is the world’s fifth-biggest CO2 emitter, aims to achieve carbon neutrality by 2050, while the global shipping industry, which relies on oil to power its vessels, is trying to speed up efforts to reduce emissions of greenhouse gases.

“With less vibration and noise, the new ship is also aimed at improving the work environment for the crews, which may be a solution to a shortage of Japanese crew members mandated for coastal vessels,” he said on the sidelines of the opening of an electricity charging station in Kawasaki, near Tokyo.

The 62-meter-long tanker, which is powered by large-capacity lithium-ion batteries, can sail around 100 kilometers when running at about 10 knots after a full charge of electricity.

The vessel was completed in March, with a cargo capacity of about 1,000 kilolitres of marine oil and battery capacity of 3,480-kilowatt hour (kWh) or about 100 batteries for a typical electric vehicle.

The charging station, operated by a Tokyo Electric Power, was built in Kawasaki’s main industrial zone.

The new vessel delivers marine fuel from refineries to larger tankers or cargo ships in Tokyo Bay roughly once a day, after charging overnight, said Asahi Tanker, adding that it plans to operate a second electric tanker next year.

Building an electric tanker costs about 1.2 billion yen ($9.6 million), compared with 750 million yen to build a conventional one. Asahi Tanker hopes to cover this by offering companies a cleaner bunkering service, Sawada said.