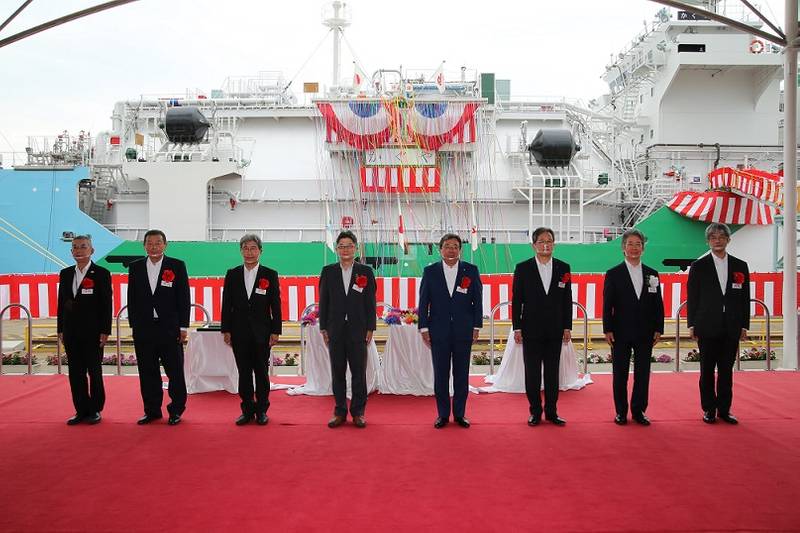 The ship, named Kaguyais, the first LNG bunkering vessel to be operated in Japan. Kaguya will be operated by Central LNG Marine Fuel Japan Corporation and will be based at JERA’s Kawagoe Thermal Power Station. Kaguya will begin supplying LNG fuel to ships in the Chubu region in October or later this year using ship-to-ship bunkering.

The name Kaguya derives from Princess Kaguya in “The Tale of the Bamboo Cutter,” which is said to be Japan’s oldest story and is still loved by many people today. The name also expresses our desire to grow the LNG bunkering market as long and high as a bamboo tree.

After the start of operation, the 3,500-cubic-meter-capacity Kaguya will supply LNG to Sakura Leader, which is the first large LNG-fueled pure car and truck carrier (PCTC) operated by NYK, and to a new car carrier to be delivered by K-Line this fiscal year, as well as to other LNG-fueled vessels.

The quantity of environmentally cleaner LNG-fueled ships is expected to increase in the future in line with the International Maritime Organization’s (IMO) goal to reduce greenhouse gas emissions from shipping by at least 50% by 2050 compared to 2008.