The two-year project, called Carbon Capture on the Ocean (CC-Ocean), includes partners Mitsubishi Shipbuilding and ClassNK and is being conducted with support from the Maritime Bureau of Japan’s Ministry of Land, Infrastructure, Transport and Tourism (MLIT), as part of its assistance project for research and development of marine technological advancements.

The demonstration involves converting the design of an existing CO2 capture system for onshore power plant to marine environment, and installing on board the bulk carrier Corona Utility, currently in service for Tohoku Electric.

In August 2020, with verification from ClassNK, a hazard identification (HazID) study will be launched for the design of the demonstration plant and the onboard installation. Manufacturing of the small scale CO2 capture demonstration plant and safety assessment of the system will be conducted by Mitsubishi Shipbuilding. The demonstration plant will be manufactured in mid-2021, and following operational tests at the factory, will be installed on board the ”K” Line operated coal carrier. Through operational and performance confirmation in an actual marine environment, Mitsubishi Shipbuilding will determine the system specification requirements as a marine-based device and will also consider how to make the plant more compact.

This demonstration experiment conducted at sea is said to be the first of its kind globally. The knowledge gained will be used for future development of technologies and systems to capture CO2 from the exhaust gases of marine equipment and ships, the partners say. Further, the captured CO2 can be recycled for use as a new source of CO2 for enhanced oil recovery (EOR) processes, or as raw material in synthetic fuel, providing a significant contribution to reductions in greenhouse gas (GHG) emissions. 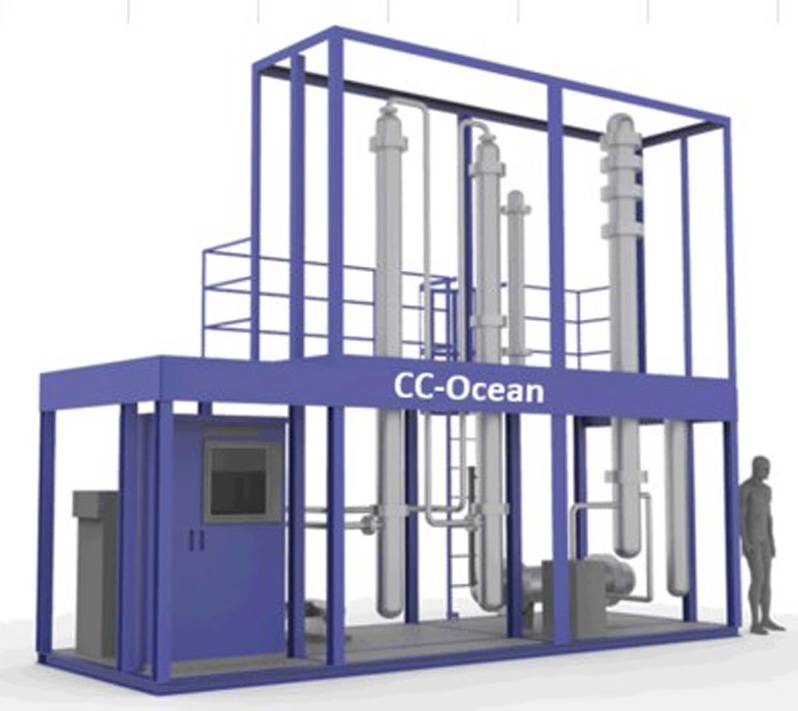