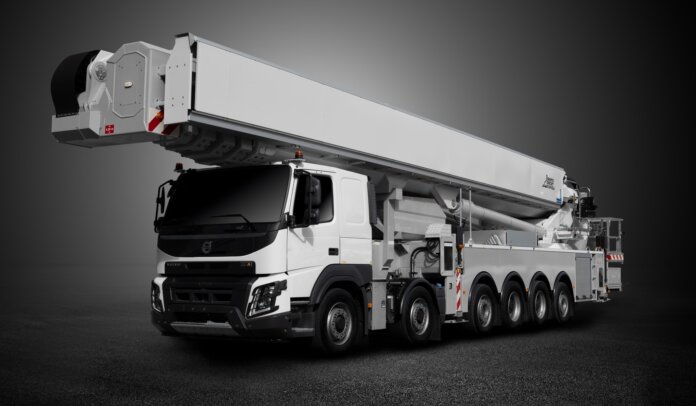 Kardie Equipment, a TGM Wind Company and distributor of the Bronto Skylift in North America, is increasing its fleet by more than 65% with the purchase of additional aerial work platforms, including Bronto’s new S341HLA, which reaches 341 feet.

This expansion makes Kardie Equipment the sole owner and distributor of the tallest aerial platforms in North America.

“The new aerial lifts will be used to serve customers across numerous industries including wind turbine generation, transmission and distribution, petrochemical refining, aerospace and more,” explains Kevin Darby, founder of Kardie Equipment/TGM Wind Services. “Increasing our inventory of aerial work platforms is critical to meet the rapidly growing demand of both new and existing customers.”

“It has been a privilege to be a part of Kardie Equipment/TGM Wind’s growth as their exclusive supplier,” says Roberto Quintero, sales and marketing director at Bronto Skylift. “Kevin’s entrepreneurial spirit has been the backbone of this rewarding journey, and together with his team, they have consistently exceeded expectations.”

The Bronto S341HLA features two telescopic booms, a six-section main boom, a three-section cage boom, and an extendable platform with 1,500-lb safe working load. Mounted on a U.S.-sourced chassis, they can maneuverer safely in worksites and regular road traffic. In addition to a maximum working height of 341 feet, the S341HLA’s horizontal outreach is 105 feet.