Australian oil and gas firm Karoon Energy has this week completed the acquisition of a 100% operating interest in the BM-S-40 offshore concession in Brazil from Petrobras.

Karoon, listed on the ASX, said that the acquisition transformed the company  into the 5th largest oil producer on the ASX with $130 million cash, no debt, and “current production of ~15.2 kbopd.”

At closing, Karoon paid $150 million of the firm consideration – in addition to the $49.9 million deposit already paid at the signing of the agreement.

Karoon said that future payments related to the remaining firm and contingent consideration would be funded from Karoon’s existing cash and organic cashflows from the Bauna asset, which, Karoon said, remains cash flow positive at current oil prices. 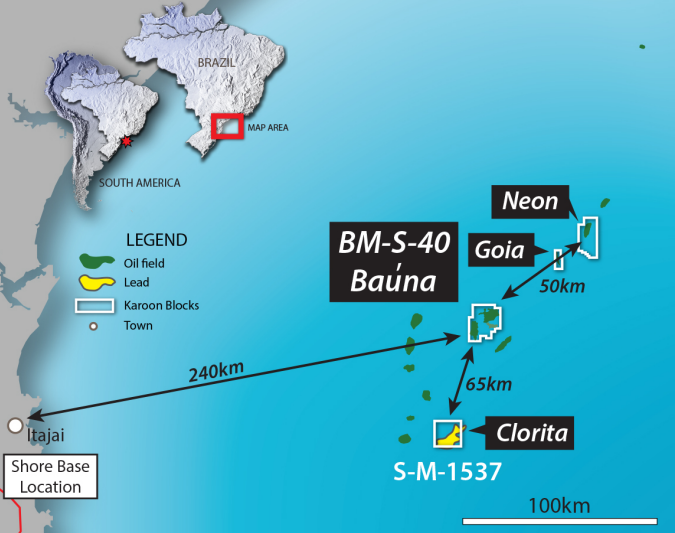 Baúna includes 6 oil production wells, 3 water injection wells, and 1 gas injection well exploiting 2 reservoirs (Baúna & Piracaba). All wells are subsea completions with tie-ins back to the TeekayOcyan-owned FPSO Cidade de Itajaí. The field started production in 2011 and had produced 129.9MMbbl up to 30 June 2020.

The FPSO Cidade de Itajai is currently running at approximately 50% capacity, and the company plans to grow production to ~25-30 kbopd over the next 24 months through low-risk optimization and brownfield development of the Patola.

Robert Hosking, Karoon’s Managing Director, who will soon step down after 16 years with the company, said: “We are delighted to finally assume operatorship of the Baúna asset which will enable Karoon to transform from an oil and gas exploration company to a substantial oil production company.

“We are looking forward to continue running the Baúna field in a safe and efficient manner while seeking to realize the full value of the field for our shareholders via our planned workovers of Baúna’s underutilized production infrastructure and the development of the Neon and Patola fields.”