Les Alizés, ordered in November 2019, will mainly be used for the construction of offshore wind farms, but will also be suitable for decommissioning offshore oil and gas platforms.

Together with the Voltaire, for which the keel was laid March, Les Alizés will be in a super-size class of its own, capable of building the newest generation of offshore wind farms.

According to the owner, the Les Alizés will be able to load out, transport, and install multiple units of the largest and heaviest wind turbine foundations.

In addition, as a crane vessel that floats, it will be able to install heavier and larger foundations into deeper waters and in more challenging seabed conditions.

Les Alizés, that will be ready in 2022, is specifically designed for loading, transporting, lifting and installing offshore wind turbine foundations. The main features are the main crane of 5,000 tons, a deck loading capacity of 61,000 tons, and a deck space of 9,300 m².

The vessel will be, according to Jan De Nul, equipped with several green measures and innovations to minimize the environmental impact, such as dual exhaust filter system that removes up to 99% of nanoparticles from emissions using a diesel particulate filter (DPF) followed by selective catalytic reduction system (SCR); as well as an onboard Energy Storage System optimising engine operation and reducing fuel consumption and emissions.

The vessel will also have a Cleanship NDO7 and a Green Passport EU label. The Cleanship label confirms that the vessel checks and minimizes the waste water and all other residual waste. The second Green Passport label means that all materials and hazardous substances are mapped out during the construction phase, in order to facilitate the recycling of the vessel when decommissioned. Both certificates are issued by a specialized external agency, the company said. 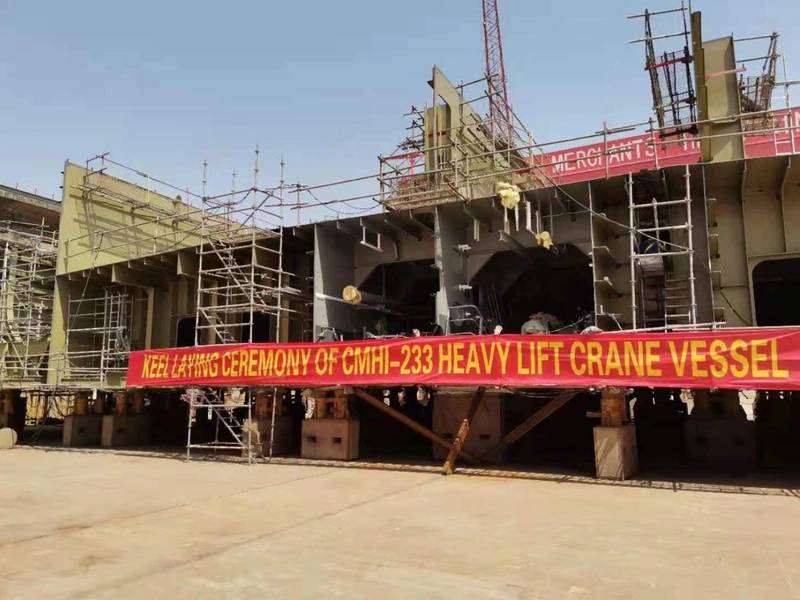