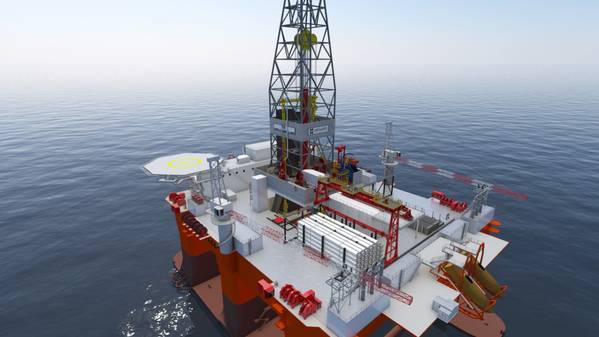 Drilling equipment maker MHWirth has received a notice from Singapore’s Keppel FELS to resume work under the order Keppel had suspended in December 2020.

As reported back in December, Keppel had sent a notice to MHWirth to suspend work under the order for a drilling rig package signed in 2019.

The order was for MHWirth to deliver the drilling equipment package project for the second mid-water semisubmersible drilling rig under construction at Keppel FELS, for the end client Awilco Drilling. However, Keppel then terminated the rig construction contract with Awilco, citing Awilco’s inability to pay for an upcoming installment. It also served Awilco with a notice of arbitration.

However, in a statement on Monday, MHWirth said that it had “today received a notice from Keppel FELS to resume work under this contract, which consequently no longer will be under suspension.”

At the time of the signing of the contract in April 2019, MHWirth said the contract value for the drilling equipment package, including a mid-water riser package, was approximately USD 100 million.

Offshore Engineer has reached out to Keppel seeking more info on what the instruction to MHWirth to resume work means for the rig deal with Awilco.

We will update the article with any response we may receive.