Commissioned in partnership by Scottish fishing companies Northbay Fishing Co. Ltd and Wiseman Fishing Co. Ltd, the new vessel – to be called Artemis – will be based in Banff, Scotland.

Pelagic trawlers target fish in the mid- and surface water, such as herring and mackerel, and the range of products to be fitted to Artemis reflects this mode of operation, Kongsberg Maritime said.

Scheduled for delivery in June 2022, the vessel will be equipped with SIMRAD ST94, SN93 and CS90 fish-finding sonars, providing a range of omnidirectional and targeted fish location and tracking options across multiple frequencies. 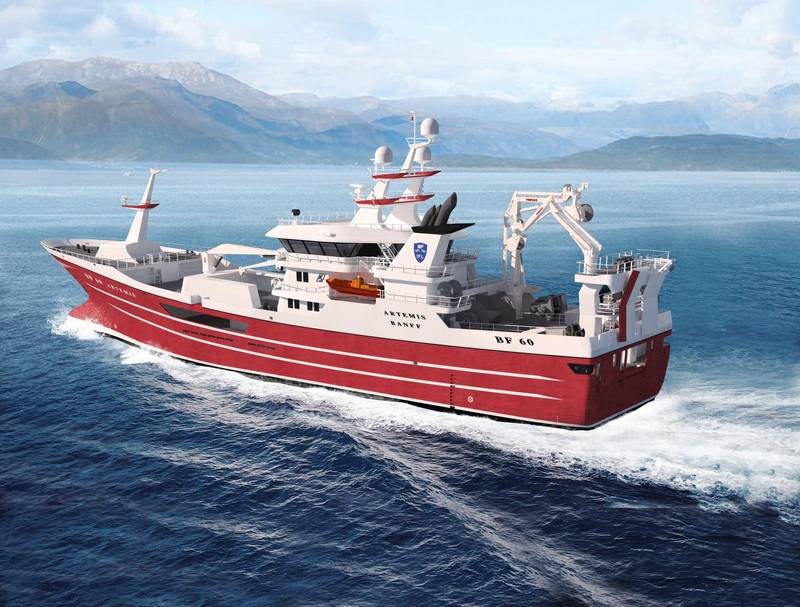 Andrew Masson, Sales Director at SIMRAD dealer Echomaster Marine, who concluded the deal, said: “The Artemis vessel owners knew of SIMRAD products already, as they had deployed ES80 fishery echosounders and FS70 trawl sonar on previous vessels. After we presented the SIMRAD sonar portfolio they spoke to other vessel owners in Norway, Sweden, and the UK and decided to order SIMRAD acoustic products for this new-build project.

“They were particularly impressed with reports about the ST90, SN90, and new CS90 broadband mid-frequency sonar,” Masson continued. “The feedback from other vessel owners was that CS90 sonar is a leap forward in technology, compared to similar mid-frequency sonar products they have previously deployed.”