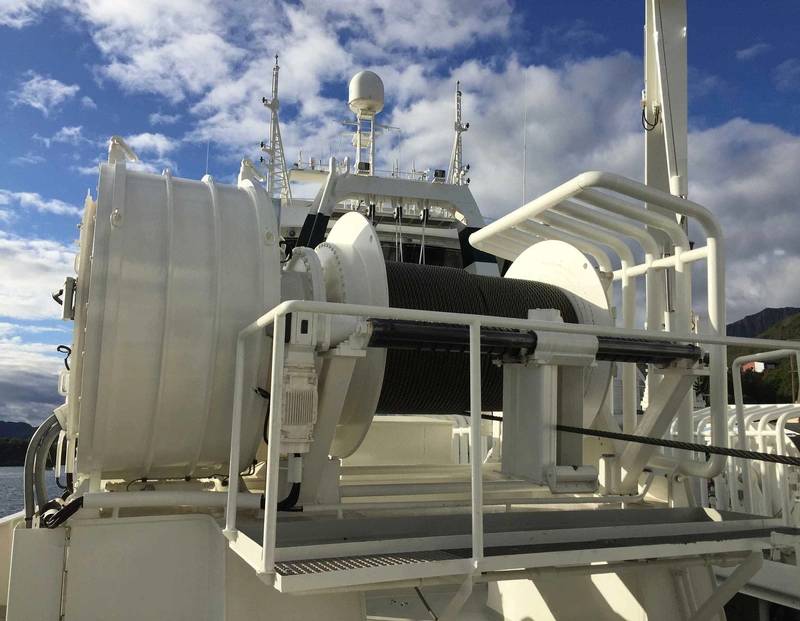 The package will include four EasyDRIVE electric trawl winches with SmartPΩWER Permanent Magnet (PM) motors. This use of direct drive PM motors, instead of the gearbox arrangements customarily used for trawl winches, improves reliability considerably, the manufacturer said.

According to Kongsberg, this will be the 13th stern trawler to be fitted with this system, which has so far logged 200,000 trouble-free hours and provides the ability to operate trawl winches via a motor connected directly to the drum. By eliminating the gearbox—an acknowledged weak link in a traditional setup—the risk of downtime or failure is significantly reduced, the manufacturer claims. The system brings other, additional benefits, including high efficiency and regenerative power, and the ability to boost pulling force by up to 30% for short periods. It also gives very good dynamic properties and response times on the drum, an especially important consideration for stern/bottom trawling.

In addition to the unique trawl winches, Kongsberg Maritime will also deliver winch control and monitoring systems, and a Variable Speed Drive (VSD).

Hanus Hansen, CEO and main owner, JFK, said, “We have been a customer of KONGSBERG/Brattvaag for many years and are very satisfied with the products and service they have provided. Until today, this has been with hydraulic low-pressure winches, but since they can now offer electric trawl winches with direct drive, we chose to adopt this form of drive on our new trawler.

“Prior to concluding the contract with Tersan Shipyard, we consulted with the fishery company K. Halstensen and their crew on board the trawler Granit. They were early to install these electric winches and have gained several years of experience. The feedback from them has been very positive. Kongsberg Maritime has served us well for decades, and we look forward to maintaining our mutually loyal relationship with the new electric PM winches.”