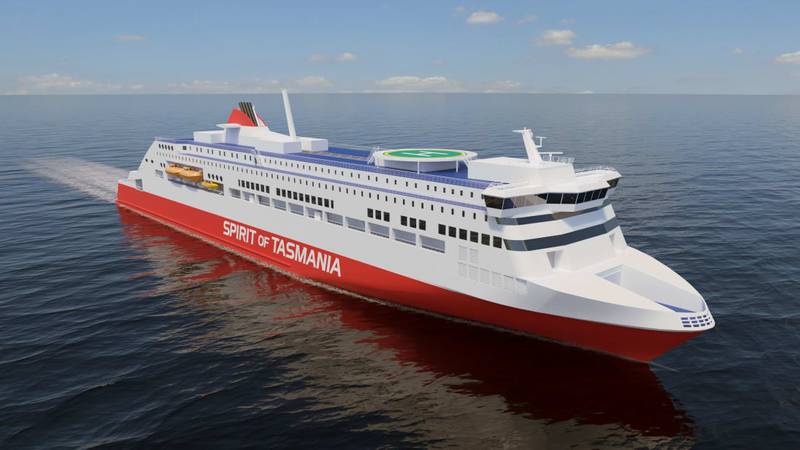 Kongsberg Maritime (KM) announced it has been awarded a contract with Finnish shipyard Rauma Marine Constructions (RMC) to deliver propulsion and steering equipment for two new car and passenger ferries. The vessels will be operated by the Australian company TT-Line for the regular Spirit of Tasmania ferry service – a 10.5-hour journey across the Bass Strait between Melbourne, Victoria and Devonport, Tasmania.

Each vessel will be fitted with two of KM’s Promas combined propulsion and steering systems, which integrate the rudder and controllable pitch propeller to provide highly efficient thrust and maneuverability. Prior to the contract signing, KONGSBERG undertook advanced computational fluid dynamic (CFD) analyses of the Promas units to establish cavitation properties and ensure optimal performance at the vessels’ 26-knot cruising speed. Maneuverability when docking is further aided by four TTC tunnel thrusters.

With an approximate gross tonnage of 48,000 tons, each new ferry will accommodate 1,800 passengers. They will replace Spirit of Tasmania I and II, which have been reliably driven by KONGSBERG Kamewa propellers and tunnel thrusters since their construction in Finland in 1998.

The first vessel is scheduled to be delivered to TT-Line in late 2023, with the second following a year later.