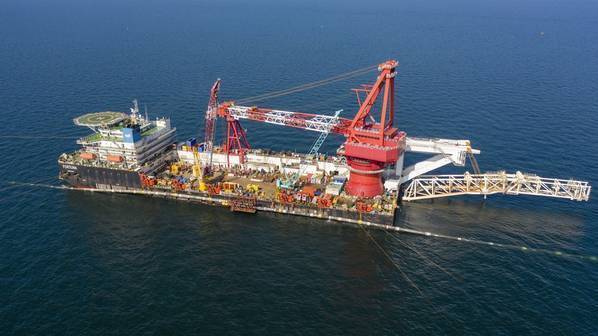 Germany’s energy regulator has temporarily halted the certification process for the Nord Stream 2 gas pipeline, requiring the Swiss-based, Gazprom-led consortium behind the infrastructure to form a German subsidiary to secure a licence.

Following are some of the legal considerations associated with the move by Germany’s Federal Network Agency, which aims to strengthen its oversight of the project in Germany.

The list is partly based on information provided by specialist energy law firm Rosin Buedenbender in Essen, which has tracked relevant court cases:

Establishing a limited liability company in Germany as is now required can take several weeks or longer, if, for example, documents or evidence have to be obtained in the formats prescribed by German corporate registration law.

The German regulator can fine a company if it operates a transport network without certification.

But seizing assets is not among its regulatory tools for changing a company’s behavior. The energy law only allows that in rare cases for serving public infrastructure purposes, for example seizing land from owners for compensation.

The regulator is authorized to initiate supervisory measures if a company violates the requirements of Germany’s EnWG energy law (Energiewirtschaftsgesetz) and can impose fines in order to enforce these.

The EnWG is a regulatory, not criminal, law and must be applied in accordance with European Union law.

The EnWG requires so-called unbundling, which forbids ownership of energy production and transport by the same firm. It also stipulates that transport units must be independent in their personnel from production units. And an operator must be autonomous, as if it was a grid operator in its own right.

Unbundled network companies must treat all customers in a non-discriminatory fashion to ensure, for example, that no-one can secure themselves lower prices than competitors.