Lenders Take Control of Polarcus’ Ships After Default on Debt 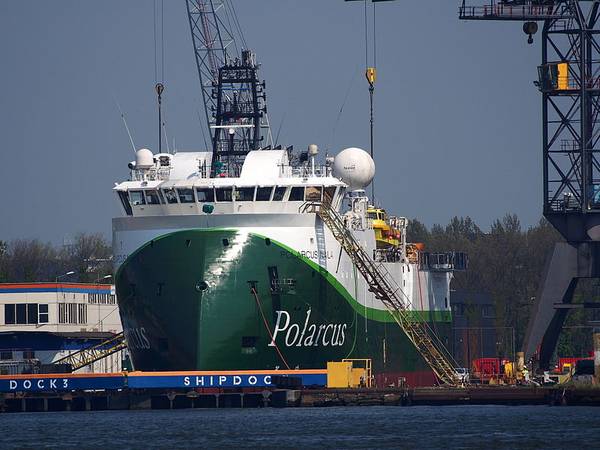 Lenders took control of Polarcus‘ ships on Tuesday after the seismic surveyor defaulted on its bank loans and bonds, hit by a drop in spending by energy companies struggling with the COVID-19 pandemic and volatile oil prices.

The company’s Oslo-listed shares plunged as much as 47% after they resumed trading following an earlier suspension.

Polarcus said lenders had taken over shares in subsidiaries that own seismic vessels and replaced directors in each subsidiary, but wanted to continue its operations.

“In parallel with their actions described above, the lenders have made it clear to the company that their intention is not to jeopardize or destabilize the Polarcus organization,” it added.

The Dubai-headquartered company’s fleet consists of seven seismic vessels, including two chartered to Russia’s Sovcomflot, and one in lay-up.

“The lenders have confirmed that they are open to entering into a standstill period which will allow continued operations and awarded projects to be undertaken without disruption and discussions are underway in this regard,” Polarcus said.

The company said earlier that banks had declined to extend the deadline for repaying a $25 million working capital facility, triggering a cross-default on other loans and bonds, which totaled $415.7 million at the end of September.

Seismic surveyors, such as Polarcus and PGS, have been hit by weak demand as oil companies slash spending on geological data amid the pandemic and last year’s crash in the price of crude.

Offshore seismic spending fell 40% last year, and even though oil prices rebounded, oil companies are expected to remain cautious, with spending seen rising only 3% this year, Sparebank 1 Markets said in a note on Tuesday.

A previous oil market downturn from 2014 to 2016 resulted in a consolidation of firms in the seismic industry, leaving a few players with vessels. (Reporting by Nerijus Adomaitis. Editing by Terje Solsvik and Mark Potter)