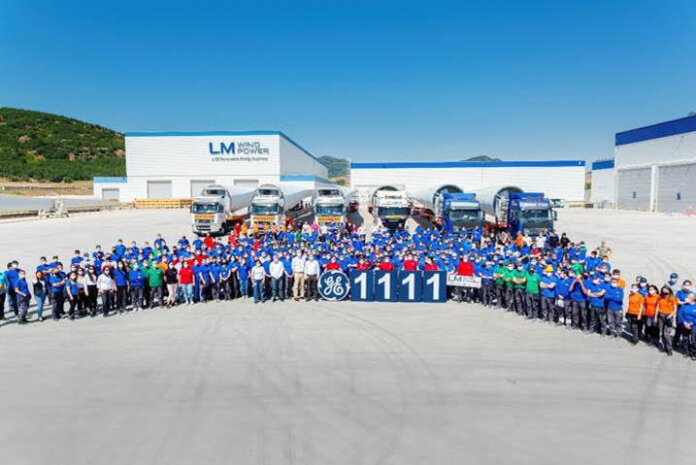 GE Renewable Energy says it has produced the 1,111th wind turbine blade at its LM Wind Power blade manufacturing site in Turkey, four years after the start of production at the new plant in Bergama, İzmir.

Inaugurated in July 2017, the Bergama facility became the fifteenth LM Wind Power factory and the first opened after the company became a GE Renewable Energy business. The 1,111 blades represent a total capacity of about 1.58 GW.

An expansion at the site began in April 2019, aimed at setting up the factory to produce two-piece blades for GE’s Onshore Cypress turbine platform. Today, the Bergama facility employs over 800 people.

“We are proud of what the team has achieved at the site since 2017, and we are excited to see the site continuously improving and growing, even more since we implemented the Lean mindset,” says Emre Kahya, Bergama plant director, LM Wind Power. “In our factory, Lean is not just a tool; it is a culture shaped by principles; it is a journey. Therefore, Lean management is a part of our lives in a wide area, starting from our strategic directions and extending over to our long-term plans and daily management.”

LM Wind Power has produced more than 241,000 blades since 1978, corresponding to more than 121 GW of installed capacity.