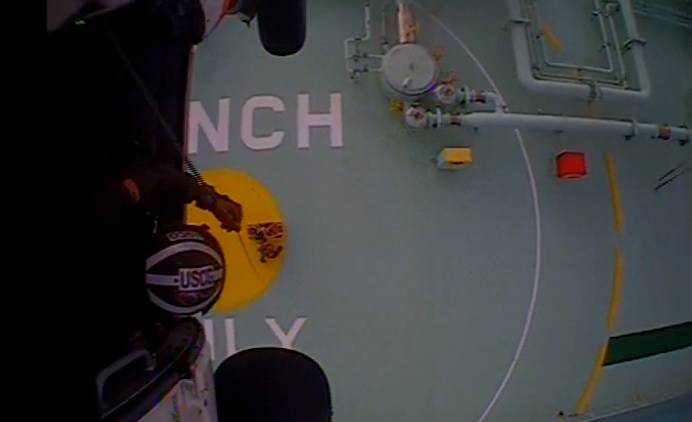 A Malta-flagged liquefied natural gas (LNG) carrier assisted in the rescue of two injured sailors off the coast of Puerto Rico.

The BW Lilac, part of the Automated Mutual-Assistance Vessel Rescue System (AMVER), diverted to assist two injured mariners who reportedly sustained injuries aboard the 32-foot sailing vessel Uplace and were in need of care ashore.

U.S. Coast Guard watchstanders in Sector San Juan received a request from the International Emergency Response Coordination Center at 9:45p.m., Saturday, to medevac the sailing vessel’s master, who had sustained a leg injury. Watchstanders conducted an Emergency Group Call (EGC) to alert maritime traffic near the distress, and the BW Lilac crew sprung into action.

Once on scene in 12-foot seas, approximately 340 nautical miles north of Puerto Rico, the 967-foot BW Lilac crew embarked the mariners—a German couple reportedly in their 60s—and reported to the Coast Guard that the woman had sustained a broken wrist.

Upon rendezvous with the BW Lilac, a Coast Guard MH-60 Jayhawk helicopter aircrew medevaced the injured sailors on Monday, approximately 110 miles north of Aguadilla, Puerto Rico, and transported them to the Fernando Luis Ribas Dominicci Regional Airport in San Juan, Puerto Rico, where emergency medical personnel received and transported them to the Centro Medico hospital.

“We were happy to get the patients to safety and a higher level of care after such a scary incident,” said Petty Officer Rich Stewart, MH-60T Jayhawk helicopter flight mechanic and aircrew for the case. “A huge thanks to the BW Lilac for going out of their way to take them aboard and ensure they were taken care of.”