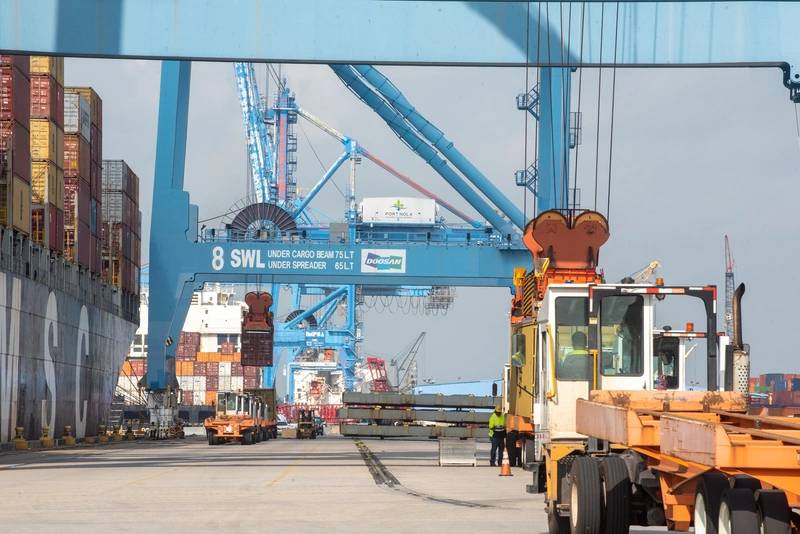 On August 29, Ida made landfall in southeast Louisiana as a category 4 storm, heavily impacting local infrastructure, waterways and communities.

Critical impacts to maritime facilities and infrastructure include damage and extended closures of grain terminals during a record harvest season and ongoing extended closure of the Gulf Intracoastal Waterway (GIWW) between Morgan City and New Orleans, resulting in four- to five-day delays for barge tows and shallow-water traffic.

There was also damage sustained to maritime communication systems and pilot stations on the Lower Mississippi River, extended outages of four of nine oil refineries on the Lower Mississippi River, power grid failures resulting in ongoing delays for restarting critical operations and an increasing resulting need for sufficient back-up power generating systems for maritime infrastructure. South Louisiana ports also continue to deal with a lack of available housing for labor and transportation sector workers needed to restore operations to normal and damages to bridges in the area continue to impede rescue, response and reconstitution efforts.

“The Port of New Orleans and New Orleans Public Belt Railroad are resilient and strong. Our wharves are busy post storm and trains are moving, but we still have challenges to overcome in order to get back to previous levels,” said Brandy D. Christian, president and CEO of Port NOLA and CEO of NOPB. “To restore this economic engine fully and preserve the thousands of jobs that depend on it, we respectfully ask that the White House urgently request funding from Congress to address these issues as soon as possible to help us collectively move forward from these significant impacts.”

Nationally, Port NOLA supports nearly 120,000 jobs and generates an economic impact of nearly $30 billion. Port NOLA is a top importer of coffee, steel, natural rubber and consumer goods, and a top exporter of frozen poultry and plastic resins for manufacturing.

The Lower Mississippi River from Baton Rouge to the Gulf is one of the busiest port complexes in the world, with approximately 6,000 oceangoing ships annually transiting the river and handling 60% of the nation’s export grain and 20% of its energy. Louisiana ports have an economic impact of more than $180 billion annually to the U.S. economy and are responsible for more than 500,000 jobs.