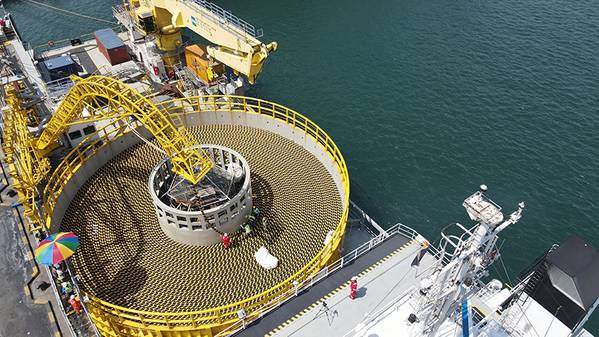 “LS Cable & System is planning to strengthen its position in the submarine cable business through the acquisition of its first submarine cable laying barge, the 8,000-ton GL2030, to proactively prepare for the rapidly growing offshore wind power generation projects being developed at home and abroad,” the company said.

With the investment in GL2030, LS Cable & System says it will become the only company in Korea to have both a subsea cable manufacturing plant and a subsea cable laying barge.

“Globally, there are only a handful of companies that can produce and lay extra-high-voltage submarine cables in Europe,” the company said.

Also, by owning the ship directly, LS Cable & System said it would be able to freely adjust its operation schedule so that it will be better able to expand its participation in the upcoming submarine cable projects in East and Southeast Asian countries.