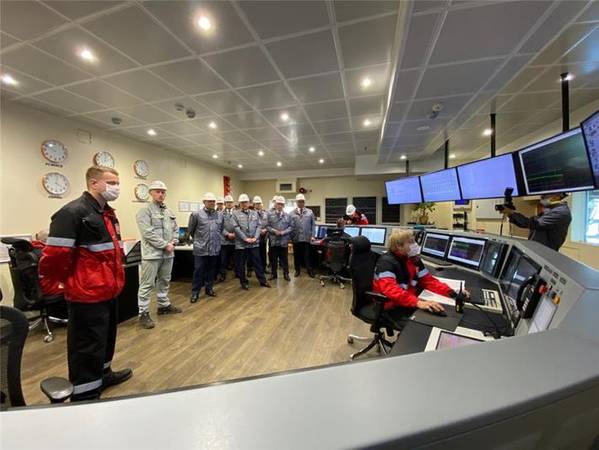 Russian oil company Lukoil has launched the second phase of the development drilling campaign at the Vladimir Filanovsky field in the Caspian Sea.

The drilling at the Offshore Ice-Resistant Fixed Complex 2 (OIRFC 2) at the large Caspian Sea oil field was launched by Deputy Prime Minister of Russia Yury Borisov and President of Lukoil.

According to the oil company which has over the years invested more than $9 billion in the Caspian Sea oil field projects, the second phase at V. Filanovsky aims to keep oil production at the planned rate of 6 million tonnes a year.

“Lukoil’s greenfield projects introduced Russia to a new Caspian oil and gas province, one of the biggest in Russian modern history. Technical infrastructure and safety and environment systems here conform to the world’s highest standards. We have discussed plans for fields development in the Astrakhan region today and it is safe to say that it is one of the growth points for the Russian oil industry,” Yury Borisov said.

Per Lukoil, Vladimir Filanovsky field is the largest offshore oil field in Russia’s sector of the Caspian Sea. Commissioned in 2016, the field reached an annual planned production level of six million tonnes of oil in 2018.