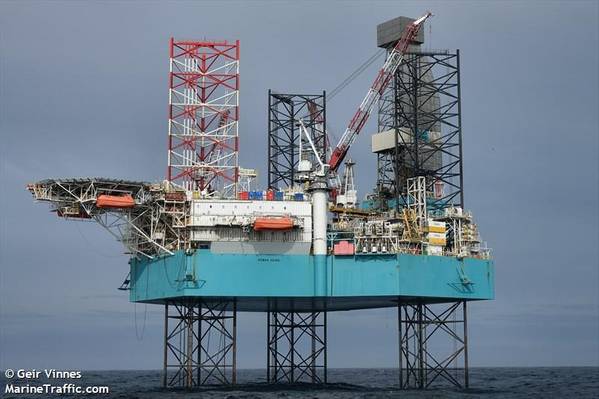 The consent, granted last week by the Petroleum Safety Authority Norway, is for the use of Valaris’ Rowan Viking offshore drilling unit for production drilling at the Edvard Grieg field, in the North Sea, off Norway.

According to the safety body, the operation is expected to take 265 days to complete.

The Edvard Grieg is a field in the Utsira High area in the central North Sea, 35 kilometers south of the Grane and Balder fields.

The water depth in the area is 110 meters. Edvard Grieg was discovered in 2007, and the plan for development and operation (PDO) was approved in 2012. The field has been developed using a fixed installation with a steel jacket and full process facility.

A jack-up rig is utilized for the drilling and completion of wells. Production began in 2015.