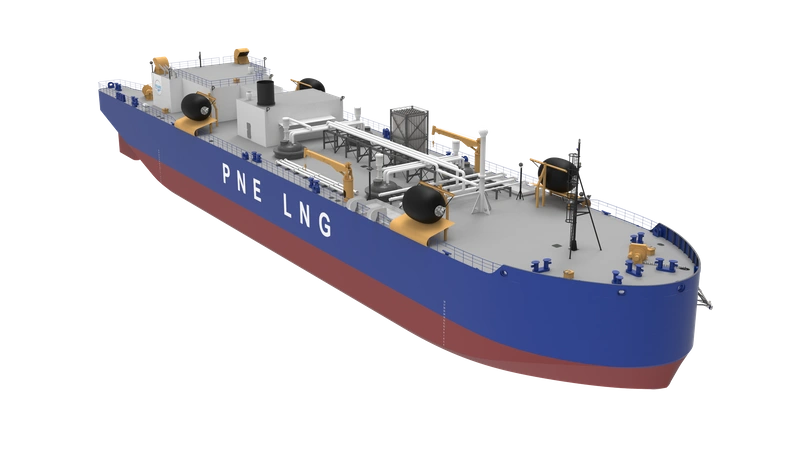 MacGregor received an order from Fincantieri Bay Shipbuilding to supply two fixed boom cranes that will handle the hoses on a new 5,400 cubic meter capacity liquefied natural gas (LNG) bunker barge currently under construction and an estimated delivery by the end of 2021.

The MacGregor Rapp HP63-13F cranes will handle the hoses that transfer LNG from the barge to the LNG-powered vessel during bunkering operations. The hoses will be 63 feet long and designed to handle 6,500 pounds at 42 feet and 1,000 pounds at 63 feet.

The ABS-classed barge will be 340 feet long overall, with a 66-foot beam and a depth of 32 feet, 10 inches. It will be fitted with four 1,350-cubic-meter IMO Type C tanks and utilize a cargo handling system designed and developed by Wärtsilä Gas Solutions.

The builder hosted a private ceremonial keel laying for the new barge,  to be named Clean Canaveral, on June 24, following several months of prefabrication work of its modular sections.

Slated for completion in late 2021, the barge will be homeported in Jacksonville, Fla. and operate as part of an articulated tug and barge unit (ATB) that initially runs along Florida’s east coast providing LNG bunkering solutions to NorthStar Midstream’s customers.