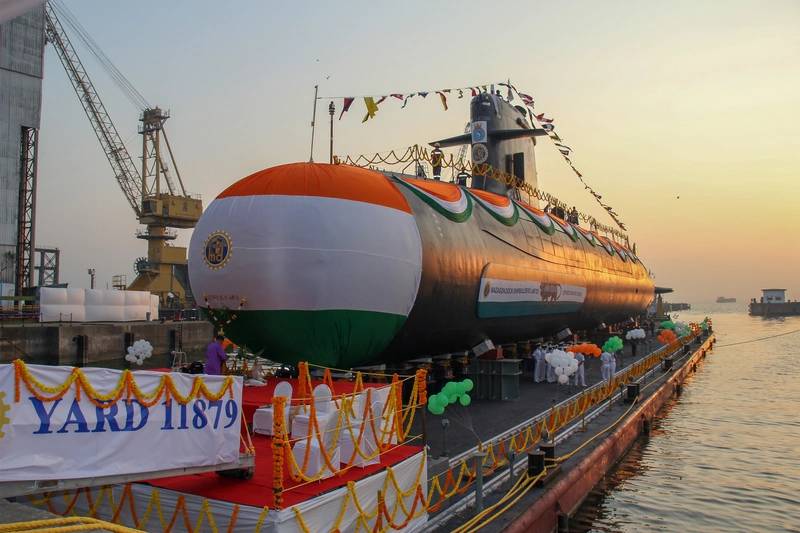 After recent commissioning of INS Khanderi in September 2019 and the launch of the INS Vela in May 2019, Vagir is the fifth of the series of six Kalvari-class submarines ordered by India in 2005, to be launched.

These submarines have been completely built by Mazagon Dock Shipbuilders Limited (MDL) through a transfer of technology from Naval Group, in line with Indian Government’s “Make in India” policy. This series of six submarines are fitted with a number of equipment, built in India by qualified and highly trained industrial Micro, Small and Medium enterprises (MSMEs) which form the base of the Indian submarine building ecosystem.

The Scorpene is a conventional-propulsion submarine designed and developed by Naval Group for all types of mission, such as surface warfare, anti-submarine warfare, long-range strikes, special operations or intelligence gathering. Extremely stealthy and fast, its level of operating
automation allows for a limited crew which reduces its operating costs significantly. It has six weapon launching tubes and 18 weapons (torpedoes, missiles, mines).