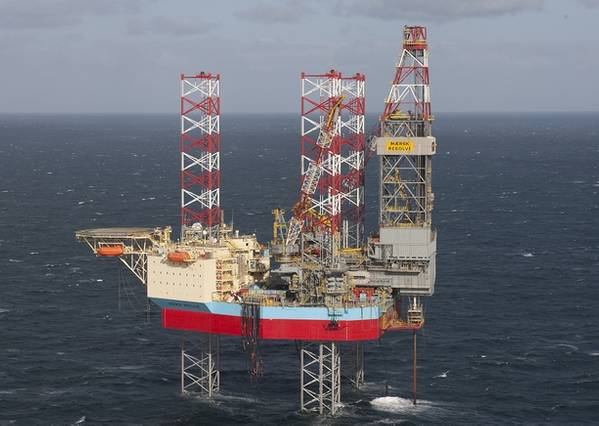 Danish offshore drilling company Maersk Drilling has won a contract that could employ its Maersk Resolve jack-up drilling rig with an undisclosed client in the UK sector of the North Sea for the majority of 2022.

The contract is expected to start in April 2022, with an estimated duration of 150 days. The contract value is around $16.9 million, including mobilization and demobilization fees.

The contract contains options to add additional work scopes with a total estimated duration of 85 days to the campaign, Maersk Drilling said.

The Maersk Resolve is a 350ft, Gusto-engineered MSC CJ50 harsh-environment jack-up rig which was delivered in 2009.

It is currently warm-stacked in Esbjerg, Denmark after completing its previous contract in the UK North Sea in January 2022. The rig last worked for INEOS.