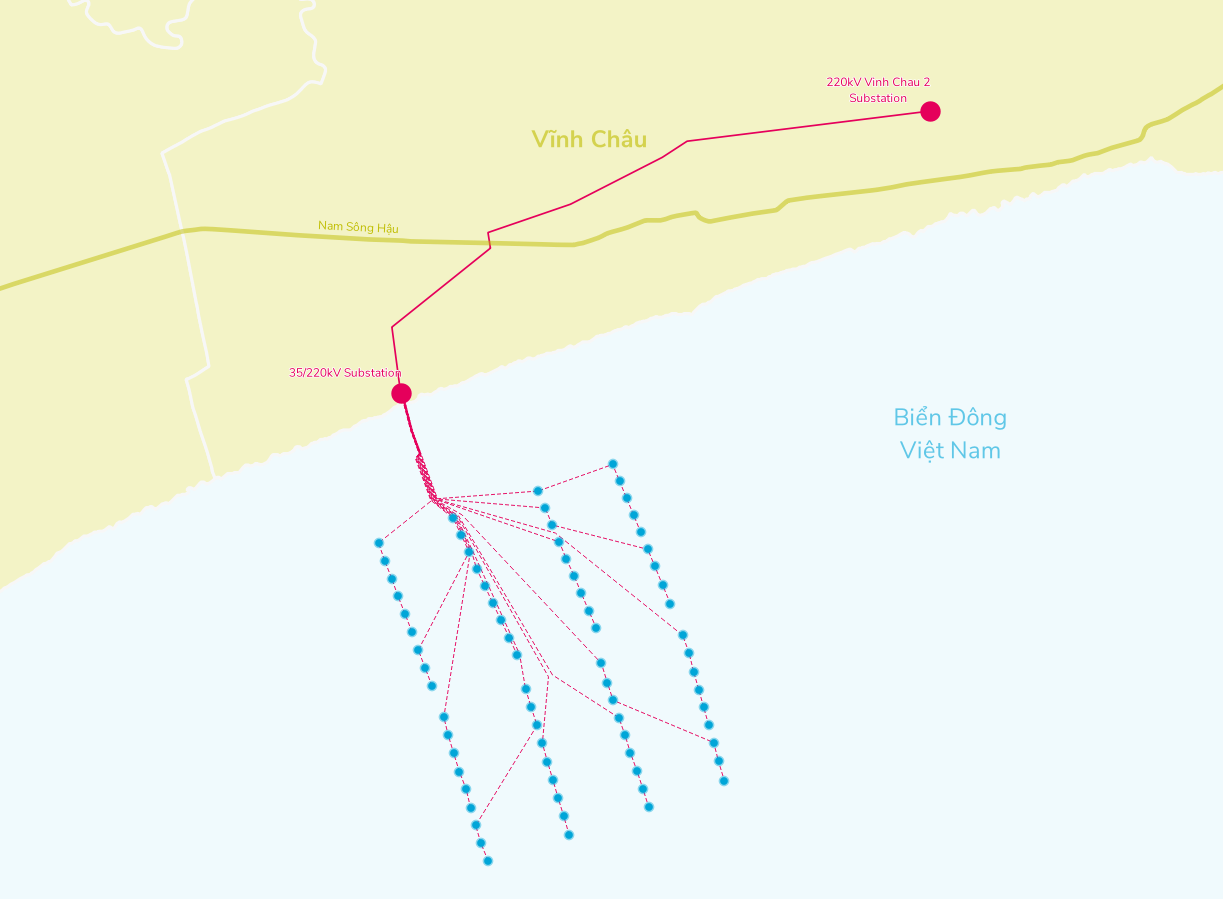 Ireland-headquartered Mainstream Renewable Power, in a joint venture with the Phu Cuong Group, has submitted an application for a 1 GW offshore wind project in Vietnam, adding to the 400 MW already in development within the same project.

The joint venture applied for a site survey license on 7 July, for an increased capacity of 1,000 MW of Phu Cuong Soc Trang Phase 2 offshore wind farm, which was initially planned to have a 400 MW capacity, just as the project’s first phase.

The first 200 MW of the 400 MW Phase 1, which received PDP approval in June, is expected to enter the construction stage in the third quarter of 2021. Phase 1(A), planned to be operational in 2023, will comprise between 29 and 45 wind turbines.

Once the entire Phase 1 is completed, it will cover an area starting 4 kilometres from the coast and stretching out to 15 kilometres offshore.

The location of the second, 1,000 MW phase is planned to be farther from shore, according to Mainstream Renewable Power.

The Phu Cuong Soc Trang offshore wind farm has been under development since 2014 by the Phu Cuong Group with the support of DNV GL and a grant from the U.S. Trade and Development Agency.

Mainstream Renewable Power entered the joint venture with the Phu Cuong Group to co-develop the project in 2017.