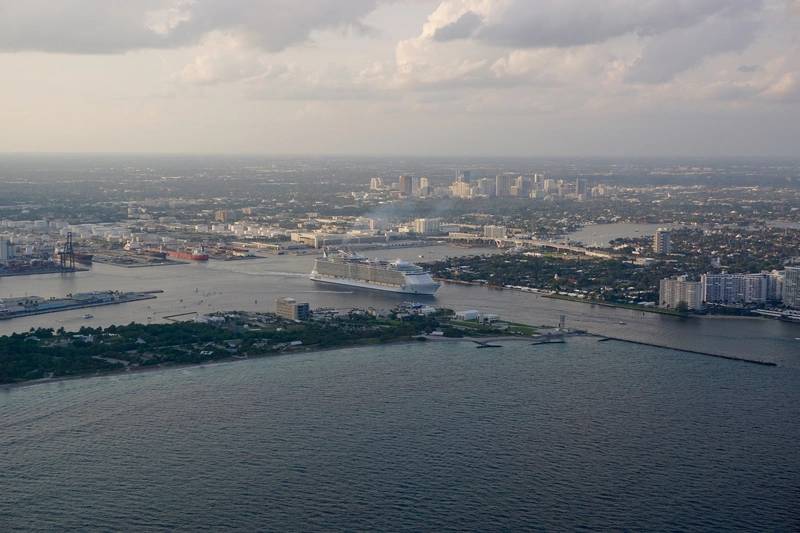 The U.S. Army Corps of Engineers will soon begin work on two important maintenance projects at Port Everglades in Fort Lauderdale, Fla. Port officials say they do not foresee any interruption of services during the construction.

The South Jetty, located at the north end of Dr. Von D. Mizell-Eula Johnson State Park, will be restored to its original profile and cross section. A notice to proceed was issued to the contractor in October 2020. The work is expected to begin in February 2021 and the anticipated completion date is September 2021. After the Corps’ construction is completed, the State of Florida plans to repair the South Jetty walkway.

The Corps maintenance dredging plan includes excavating approximately 300,000 cubic yards of dredge material from the Federal Channel and non-federal berthing areas. A notice to proceed was issued to the contractor in October 2020. Construction is expected to begin in December 2020 and be completed by March 2021.

One of the world’s top cruise ports, Port Everglades is also a leading container port in Florida and among the most active cargo ports in the United States. Port Everglades is South Florida’s main seaport for receiving petroleum products including, gasoline and jet fuel.